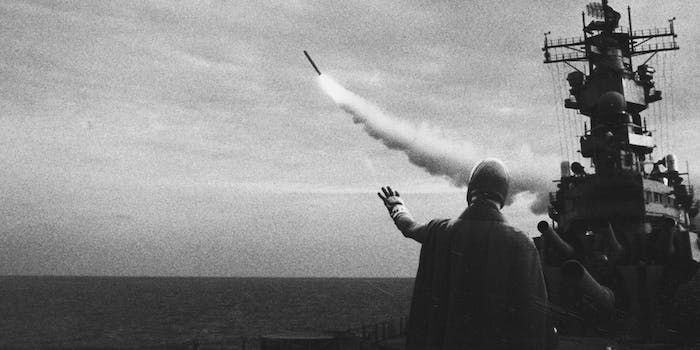 Get ready for a whole new world of JFK conspiracy theories.

The X-Men comics are notoriously complicated, featuring hundreds of characters and multiple timelines. The new movie, Days of Future Past, aims to bring this model to the big screen, bringing past and future X-Men together to change the course of history.

Luckily, Days of Future Past is meant to be quite easy to understand. But if you’re looking for more background info on the X-Men movie universe, Fox has set up several viral marketing sites that take a deeper look into a world where Magneto is as iconic as JFK.

While superheroes like Batman and Spider-Man can return for film after film without really affecting the world around them, the X-Men stories are far less self-contained.

Not only are mutants found all over the world, but the main conflict of the X-Men mythos is the ideological struggle between pro- and anti-mutant causes, rather than being about defeating a single supervillain. As such, the X-Men franchise is perfect for the kind of constructed reality we see in these viral marketing sites: A look at what the world would be like if mutants existed alongside major historical events in the 20th century.

The Bent Bullet takes the form of a quasi-historical journalistic investigation, laying out possible evidence that Magneto “bent” the trajectory of the bullet that killed JFK. This follows from the events of X-Men: First Class, which took place in the 1960s, and explains why the 1970s-era Magneto is in jail in X-Men: Days of Future Past.

Sites like The Bent Bullet aren’t required reading to understand Days of Future Past, but they do flesh out a world that has always been an intentional allegory to our own. The Bent Bullet gives us a look at what happened during the 10 years between First Class and the new movie, as well as a hint of the kind of political climate America experienced since mutants were first brought to the public eye.

Apparently 1963 went down in history as the “Summer of Hate,” marking the rise of an anti-mutant organization called Friends of Humanity. This mixture of real and fictional historical events is intended to mirror the Civil Rights movement, and to cement Magneto’s image as someone who was publicly linked with the Kennedy assassination.

Another site, 25 Moments, gives us a timeline of 25 important moments between the Cuban Missile Crisis in 1962 (X-Men: First Class) and the dystopian future we see in Days of Future Past.

In 1975, Professor Xavier asks the U.S. House of Representatives for mutant freedom and integration in public life. In 1984, a televangelist named Bob Bell stirs up anti-mutant hatred as the leader of the “Human Majority,” an equivalent to the real-world Moral Majority. By 2001, Guantanamo Bay is a mutant detention center, and 2008 sees a 2,000-mile “Mutant Wall” built along the U.S./Mexico border, keeping mutant freedom-fighters from entering the country.

The third of Days of Future Past’s alternate universe sites is a little more typical for this type of viral marketing: a homepage for Trask Industries, the fictional tech company that build the anti-mutant Sentinel robots in the movie. Created by Bolivar Trask (think evil Tony Stark, played by Peter Dinklage), Trask Industries is the sanitized, scientific side of mutant genocide, with terrifying killer robots marketed as the protectors of humanity.

This may seem a little obvious, but the trick to good viral marketing is to produce something people actually want to read. Most major sci-fi films are now accompanied by one or two fake websites and YouTube videos these days, but only a few (for example, Prometheus) manage to create a web presence that is genuinely interesting.

X-Men is the most immersive of the big-name superhero franchises, including Marvel Studios’ ever-expanding universe of Avengers spinoff movies. As an ordinary civilian in the world of the Avengers, your life might not be very different from the way it is now. If you live in New York then your house might have been blown up by aliens, but the average person is barely affected except by the knowledge that superheroes exist. In the X-Men universe, however, mutants are all around us, and have shaped the course of 20th Century history and politics.

Viral marketing sites like The Bent Bullet and 25 Moments don’t just provide an extra dose of geeky backstory, they allow fans to imagine they are actually part of the X-Men universe.