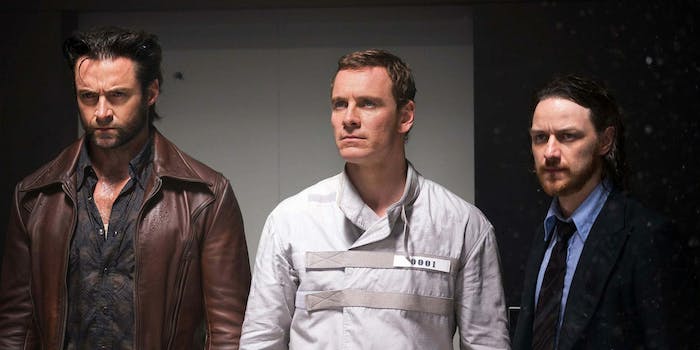 The showrunners have picked two interesting premises for the new series.

X-Men director Bryan Singer and producers Lauren Shuler Donner and Simon Kinberg are planning to launch two shows inspired by the X-Men comics: a Legion adaptation at FX and a series about the Hellfire Club on Fox.

The most surprising aspect of this deal is that Marvel TV boss Jeph Loeb is onboard, marking a partnership between Fox’s X-Men franchise and Marvel Entertainment—but don’t get your hopes up for a crossover happening anytime soon.

Although both of these shows are billed as spinoffs from the main X-Men movie universe, they don’t focus on familiar X-Men heroes. Perhaps wisely, both seem to be steering clear of traditional superhero origin stories and superpowered crime-drama hybrids, which currently dominate the landscape of superhero TV.

Legion is about Charles Xavier’s son, a mutant whose uncontrolled psychic powers are mistaken for mental illness and led to him being institutionalized. FX has hired an interesting choice of showrunner for this project, Fargo creator Noah Hawley.

Hellfire, meanwhile, is a 1960s drama about the long-running X-Men villains group the Hellfire Club, a secret society of power-hungry conspirators who were led by Kevin Bacon’s Sebastian Shaw in X-Men: First Class. It will be written by Patrick McKay and J.D. Payne, a pair of newcomers who were plucked from obscurity to draft the latest Star Trek movie.

Given the wealth of comic book backstory for the Hellfire Club, this series could be anything from supernatural horror to political drama. The one thing we can be sure of is that some poor actress will have to deliver melodramatic threats while wearing supervillain lingerie—a universal constant at the Hellfire Club.

Photo via X-Men: Days of Future Past