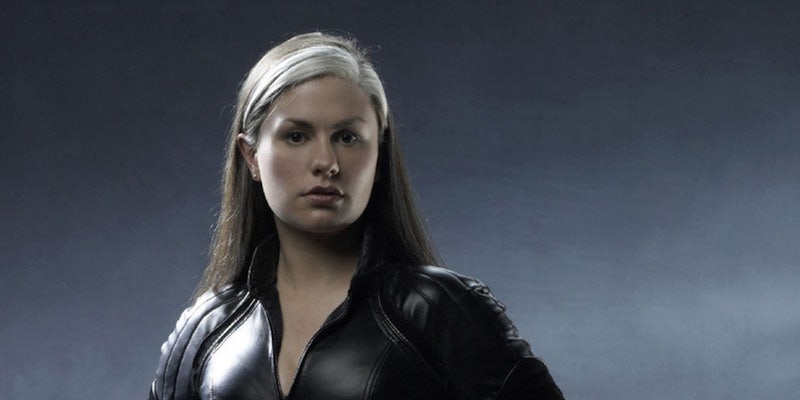 ‘X-Men: Days of Future Past’ extended cut will include Rogue’s deleted scenes

Anna Paquin is back in the movie—at least on the Blu-ray.

Good news for anyone who was wondering what happened to Rogue in X-Men: Days of Future Past: The movie is getting an extended cut that includes her deleted scenes.

For an actress who only appeared in the movie for about two seconds, Anna Paquin was billed surprisingly high on X-Men’s cast list. That’s because she filmed several scenes as Rogue that were cut from the final cinematic release, though they made it as far as one of the film’s early trailers. Rogue was originally given a significant role in the dystopian future scenes with the older versions of Magneto and Professor X, but those scenes were eventually cut because the writers felt they diverted attention from the main storyline.

X-Men franchise producer Lauren Shuler Donner has now confirmed on Twitter that the Blu-ray release of Days of Future Past will include an extended cut, with Rogue’s scenes intact.

This will probably still feel like a snub to Anna Paquin, an Oscar-winning actress who was hauled in to film 10 minutes of action sequences, only to have it all wind up on the cutting room floor.

An extended cut does make the Blu-ray sound pretty appealing for X-Men fans, though. Most DVD and Blu-ray releases include deleted scenes, but this sounds like it will involve an entire subplot from a beloved character rather than just a couple of brief outtakes.

Plus, there’s the fact that Rogue adds a female character to a movie that has already been criticized for focusing too much on white male characters. Depending on the reception to the extra material, filmmakers might be encouraged to write some storylines for female characters that won’t end up being edited out.