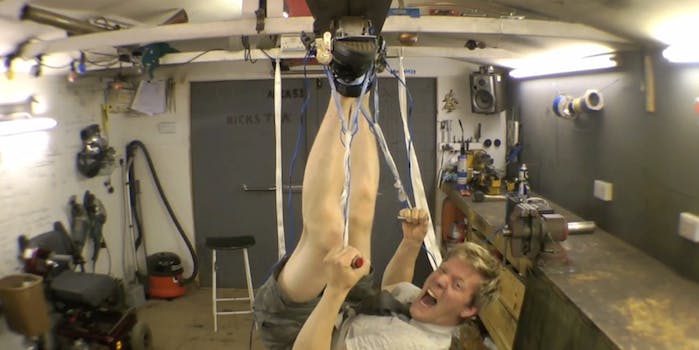 The guy who made working Wolverine claws brings you Magneto shoes

Last week, Colin Furze wowed the Internet with his DIY set of functional Wolverine claws. Now he followed up with something possibly even cooler.

He can’t control metal with his mind or wave it around with his hand like it’s nothing, but the X-Men fan was able to replicate one of Magneto’s powers: The ability to walk on a ceiling (at least if it’s made of metal). His excitement once he’s got it going is palpable.

It’s not as easy as he makes it look, but we want to try it for ourselves, anyway.