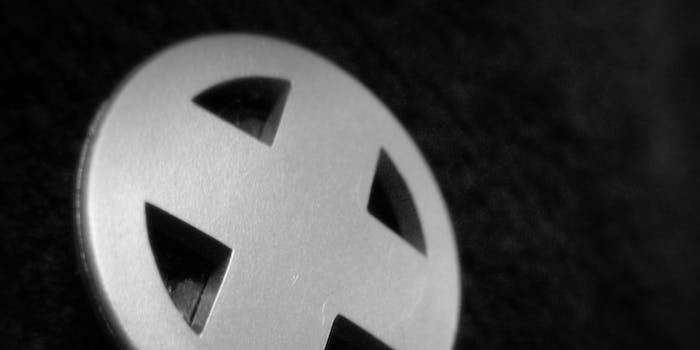 It only took Bobby Drake five decades and an alternate timeline version of his younger self to come out.

Congrats, Marvel fans: The X-Men, fresh off the first gay wedding in comics history, have chalked up another major win for GLBTQ representation.

In Issue #40 of All New X-Men, on sale Wednesday, legendary comics writer Brian Michael Bendis will coax Bobby Drake, a.k.a. Iceman, out of the closet at long last.

Drake, who is now unquestionably the most famous gay superhero, got outed a day ahead of schedule. The leak appeared late Monday on 4chan, much to Bendis’ chagrin:

i swear on my dogs, i wanted the issue to come out and just be. no press. no sensational headlines. no leaks. oh, well.

Bendis went on to add on his Tumblr that he hoped fans would pick up the full comic and not just read a few pages out of context on the Internet.

Despite years of hints, Drake, former beau of Kitty Pryde, has never actually taken a stroll along the Kinsey Scale. But things aren’t going to be easy for the guy who once quit life as a crime-fighting mutant in order to study accounting. Younger Bobby Drake is a teenager who’s traveled forward through time to fight alongside his older X-Men counterparts. With this issue, teenage Jean Grey calls him out on his biggest secret. But his older self, the Bobby Drake most of us know best, is still squarely repressed.

Speaking to MTV, Marvel’s editor-in-chief, Axel Alonso, said that while the company is committed to diversity, the decision to bring Bobby out of the closet rested on the merits of Bendis’ script.

“It was our subsequent conversations about what the next story would be that really sold me,” Alonso continued. “This is a character with decades of history, and one who we’ve seen falter on the romantic stage — more than once. So the seeds were always there.”

Others chimed in, noting that they’d known all along:

Written correctly, Bobby could end up being THE best case study on the journey out of the closet and on sexual fluidity as well. #Iceman

But many fans including an ebullient Anthony Oliveira pointed out that this reveal had been a very long time coming:

After decades of being coy about it, Iceman is finally, canonically gay. Congratulations @BRIANMBENDIS and @Marvel. pic.twitter.com/JZFF4k7xyT

Anyone who says Iceman being gay is a "retcon" is first of all an idiot but also second of all not a very good reader. @BRIANMBENDIS @Marvel

like, imagine being one of those idiots who missed that Renly Baratheon was gay, and magnify by DECADES @BRIANMBENDIS @Marvel.

also if you're a homophobe upset we're stealing all your favourite characters and making them gay: YOU'RE RIGHT.

CAPTAIN AMERICA IS NEXT

One of the best things about the nature of this reveal is that it subtly deflects attention away from the “scandal” of Iceman being gay and fits it into a bigger picture: tension between teenage Bobby and his elder counterpart. The generation gap is a major focus of All-New X-Men, and as BuzzFeed points out, the conversation Jean and Bobby have about why his older self would still be in the closet most likely means that a confrontation between the two of them will happen soon.

This means that we might actually get to see Bobby Drake come out of the closet not once, but twice. If that’s not reason to add All-New X-Men to your pull list, we have three words for you: Iceman/Pyro fanfic.