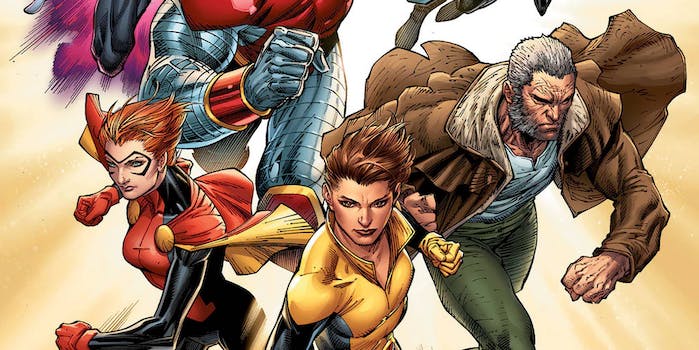 Mark Guggenheim seems surprisingly out-of-touch with the political background of the franchise.

X-Men comics have always been political, but their relationship with real-world politics is a troubled one. While the struggle for mutant equality resonates with the LGBTQ and Civil Rights movements, it’s often awkward to see those stories explored with a cast of straight, white characters.

Launching in April 2017, Gold and Blue focus on fan-favorite characters. Blue reunites the original X-Men team (with Magneto as the mentor figure instead of Professor X), while Gold features an all-star team led by Kitty Pryde. Speaking to IGN, writer Marc Guggenheim—better known as the producer behind the CW’s Arrow and Legends of Tomorrow—discussed his view of anti-mutant racism for X-Men: Gold.

Why does this racism still exist? In fact, the very first page sort of sets out my anti-mutant treatise. I really tried to put on my racism hat and justify hatred of mutants for the 21st century. And the brotherhood really plays into that.”

This quote highlights why Marvel needs to hire a more diverse staff of writers in general, and for X-Men specifically. By saying he had to “put on his racism hat” to “justify” the idea of bigotry in the 21st century, Guggenheim sounds out-of-touch with his own material. Racism continues to thrive in the real world, and the X-Men’s allegorical role is clearer than ever.

Out of the 11 lead characters in X-Men: Gold and Blue, Storm is the only X-Man who isn’t white. For a story about embracing diversity and fighting against discrimination, this isn’t a great look.