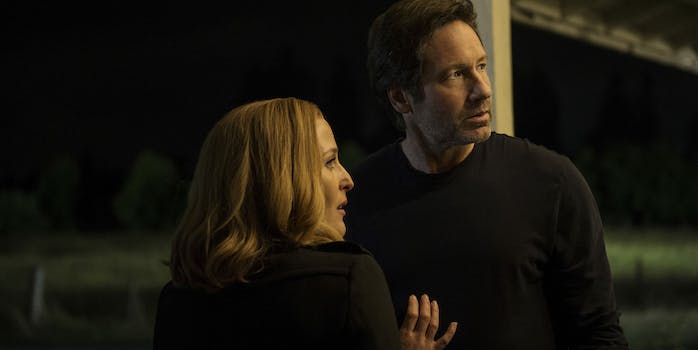 The X-Files has been renewed for another 10 episodes, following on from season 10 last year.

The new episodes will air on Fox during the 2017-2018 season, with showrunner Chris Carter back onboard.

Season 10 concluded to mixed reviews from fans and critics, but as The Hollywood Reporter points out, it brought in great ratings. Fox needs more hit dramas, and The X-Files is a sure thing. After all, who doesn’t want to give Mulder and Scully another chance? People would tune in for 10 episodes of David Duchovny and Gillian Anderson hanging out in a diner and solving zero mysteries.

The show’s future remains uncertain after season 11, partly due to Gillian Anderson’s flourishing career on several other shows, including American Gods. But so far, the two X-Files leads seem very dedicated to the show that turned them into stars.