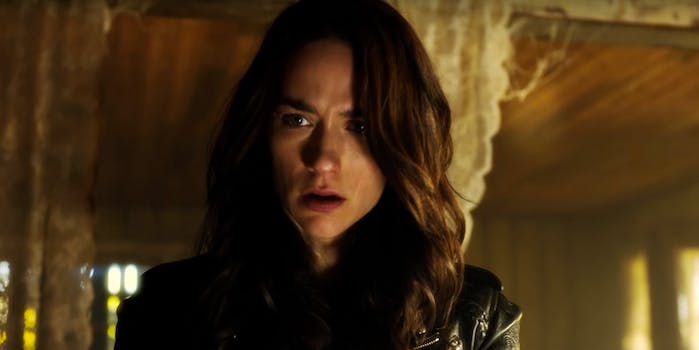 The self-described “crazy chick with a gun” is here to take care of business.

Wynonna Earp, which is based on the limited series from Image Comics and IDW Publishing, follows Wynonna, the gunslinging descendant of Wyatt Earp. She comes home after being on the run for years and is the only one who can kill the demons who ravage the town, but she also has to clear her great-grandfather’s name.

There’s definitely a Supernatural feel to the show as Wynonna is forced to deal with demons and regular meddling folks alike, but hopefully Wynonna Earp will be able to distinguish itself. For one, if it follows the comics, she may have the law on her side.

The show premieres on Syfy April 1.