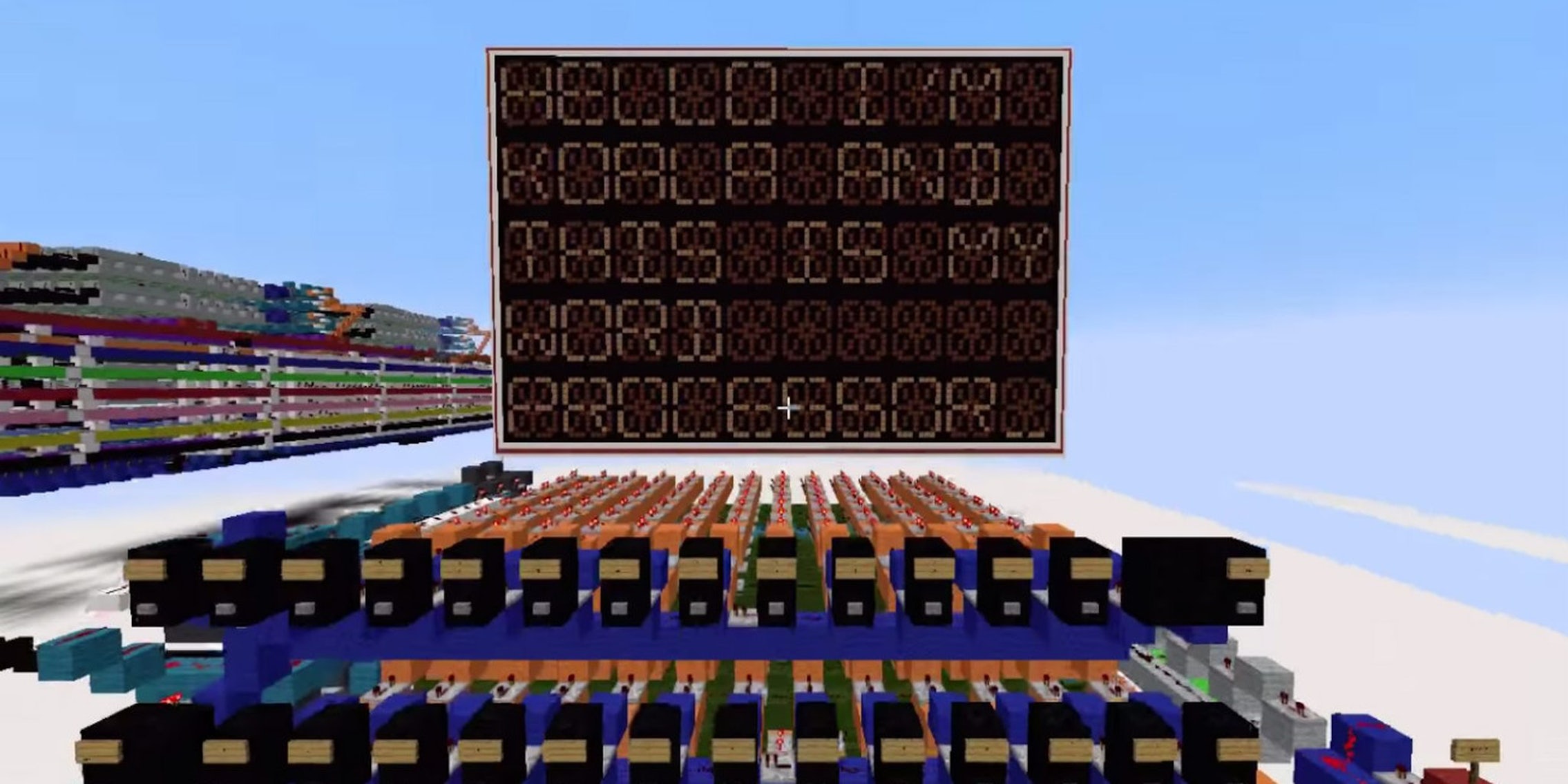 More proof that you can build anything in this game

If it exists in the real world, you can be someone has figured out a way to build it in Minecraft.

A Minecraft builder has created a word processor, complete with keyboard and monitor, entirely in the game. And it isn’t just for show. The build mechanically functions when keys are pressed, and can load files from memory. It has taken almost two years to build, and the builder plans to expand it into a full-on, working computer.

This virtual word processor depends on a common element in Minecraft called Redstone, which generates and conducts electrical power. Redstone can be broken down into dust, which players can lay on the ground and string from one of these de facto power generators, and then shunt the electrical power where they need it.

One has to wonder what happens when all of these devices inevitably get miniaturized into single items or blocks players can use to build even more complex circuit boards and devices. Maybe someday a Minecraft player will build a computer in Minecraft that’s capable of running Minecraft.