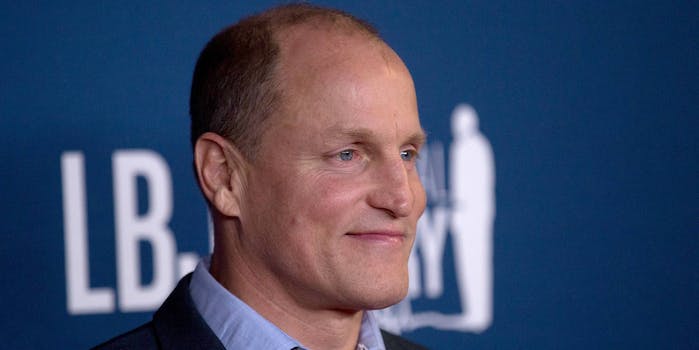 Woody Harrelson joins the cast of the ‘Han Solo’ movie

The Han Solo prequel is due out next year.

The official Star Wars website has just confirmed one of the most exciting rumors about the upcoming Han Solo movie: Woody Harrelson has joined the cast.

Variety reported last week that Harrelson was in talks for a role in the movie, likely playing Han Solo’s mentor. We’re guessing the character wasn’t a very effective mentor, considering how Han turned out.

Harrelson joins a promising cast in the spinoff, including Alden Ehrenreich as Han Solo, Donald Glover as Lando Calrissian, and Emilia Clarke as a yet unnamed character.

The Han Solo prequel movie is scheduled for release in 2018.