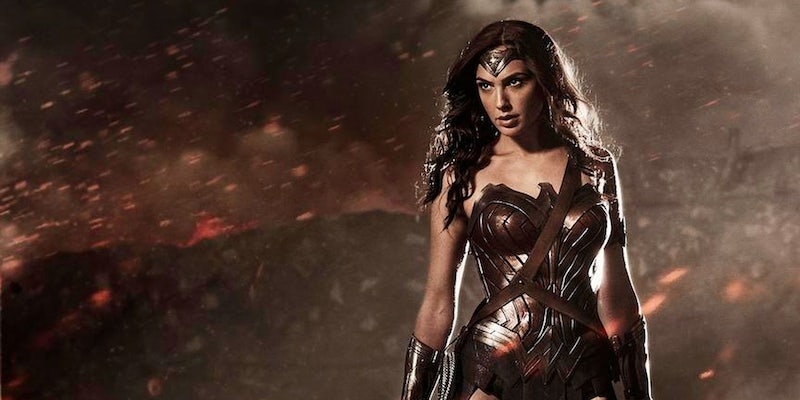 Warner Bros. partnered 'Wonder Woman' with the protein snack company thinkThin. Maybe not the best choice for a feminist hero.

Wonder Woman, a movie about a feminist icon superhero, is being advertised through diet products.

Along with more typical marketing tie-ins like Wonder Woman brand Dr. Pepper cans, Warner Bros. partnered with thinkThin, a protein bar/diet food company. They’re running a Wonder Woman sweepstakes for thinkThin customers, and if you spend $15 on their products, you get a $5 movie ticket discount.

The Mary Sue spotted the promotion on Twitter, highlighting the uncomfortable juxtaposition of female empowerment marketing and weight-loss products.

While thinkThin brands itself as a “wellness” company selling protein bars and smoothies, the word “thin” is right there in the name. It’s pretty different from the Under Armor fitness products linked with the Avengers movies.

As The Mary Sue points out, this is a thoughtlessly bad choice for a female-led superhero movie, especially after actress Gal Gadot was criticized for being “too skinny” for the role. It focuses attention on Wonder Woman’s appearance instead of her thoughts or actions, framing her as a physical ideal for diet food customers.

Over the past week or so, there’s been a lot of discussion about Wonder Woman‘s advertising choices. Warner Bros. spent slightly more on Wonder Woman TV ads than it did for Suicide Squad, but elsewhere, Wonder Woman is a surprisingly low-key presence. It released fewer trailers than other DC/Warner Bros. movies, and fans report seeing less advertising than for male-led superhero films. It’s possible that Wonder Woman is just being marketed in a different way, but one thing’s for sure: this movie shouldn’t be sold using diet products.

H/T to the Mary Sue