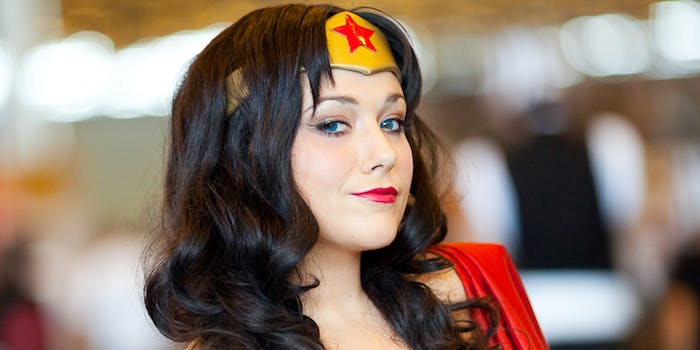 And she's behind some of your favorite TV shows.

Following reports that DC/Warner Bros. were narrowing down a shortlist of female directors, Michelle MacLaren has been signed to direct Wonder Woman.

MacLaren is best known for her TV work, having directed multiple episodes of Breaking Bad (for which she won two primetime Emmy awards as executive producer), Game of Thrones, The X-Files, and The Walking Dead.

Warner Bros.’ Wonder Woman will be the most high-profile female superhero movie so far, spinning off from the Justice League franchise that began with Man of Steel. It’s due out in June 2017, although Gal Gadot’s Wonder Woman will make her debut a year before, in Batman v Superman: Dawn of Justice. Rumor has it that Wonder Woman will be a prequel, with a storyline that begins in 1920, but THR’s report suggests that the script is still in its very early stages. MacLaren will develop the film with a group of as-yet unnamed writers, which means a lot could change between now and 2017.

It’s shockingly rare for a female director to be signed on to a big-budget action movie like this, primarily thanks to institutional sexism. Director Lexi Alexander was a popular choice for Wonder Woman, but she made it clear she wasn’t interested. In an interview with Fast Company, she pointed out, “So now, we finally get Wonder Woman with a female director, imagine if it fails. And you have no control over marketing, over budget. So without any control, you carry the f*****g weight of gender equality for both characters and women directors. No way.” Alexander was likely speaking from experience. Her 2008 Marvel comics adaptation Punisher: War Zone saw its budget slashed and its release date moved to the middle of Oscar season, when few people are interested in seeing a comic book sequel.

Although we don’t know much about the movie itself, the announcement of a female director will reassure many Wonder Woman fans. With audiences growing more aware of feminist critiques like the Bechdel Test, Warner Bros. is wary of making another mistake like Catwoman. Hiring a female director is the first step toward making a film that measures up to Wonder Woman’s legacy as a powerful, inspiring hero.

Photo via alarzy/Wikimedia (CC BY 2.0)