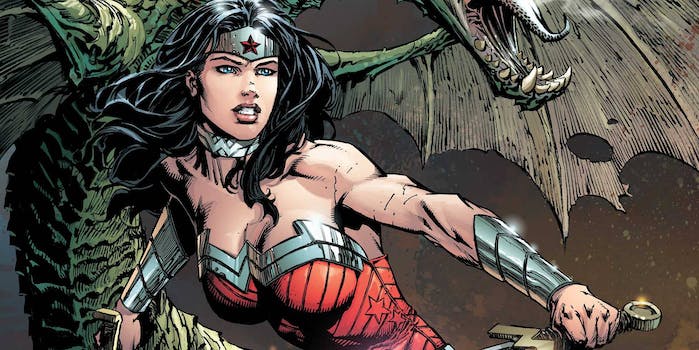 People weren't too fond of her sexualized image.

Wonder Woman has lost her job as a UN ambassador after protesters objected to her sexualized public image and status as a fictional character.

The DC Comics hero was chosen to become an honorary ambassador for gender equality in October, quickly provoking backlash from feminists and UN employees.

Their complaints were twofold: First, that Wonder Woman’s appearance was inappropriately sexualized for an ambassadorial role, and secondly, that she isn’t a real person who can do the real job of advocating for gender equality.

Nearly 45,000 people signed a petition asking UN Secretary General Ban Ki-moon to “reconsider” the appointment. Less than two months later, the UN has announced that Wonder Woman’s gender equality campaign will end on Friday, despite earlier plans for her tenure to last through 2017.