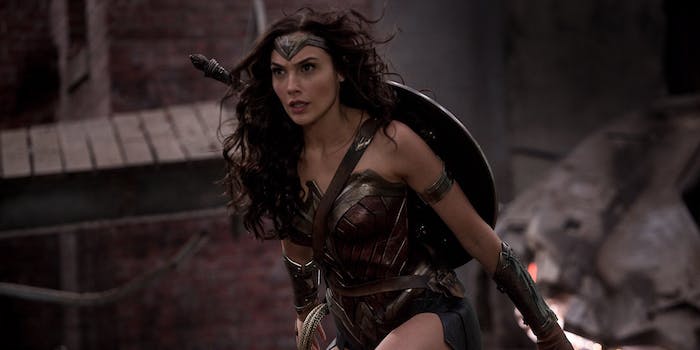 She's bisexual in the comics, so why not onscreen?

Wonder Woman is bisexual in the comics, but the 2016 movie avoids making any specific statement about her sexuality. There’s a subtle implication that the Amazons of Themiscyra have plenty of sex without men (obviously!), but you can hardly characterize that as queer representation.

A new Change.org petition aims to change that. Started by NYU’s GLAAD representative Gianna Collier-Pitts, it asks Warner Bros. to make Wonder Woman canonically bisexual in the next movie. The petition points out that bisexual people are underrepresented in popular culture, and Wonder Woman would be an ideal choice to break new ground in Hollywood.

“The majority of the LGBTQ+ community identifies as bisexual or as having attraction to more than one gender, and yet it is the least understood of any identity. We are oversexualized and underrepresented. We are called greedy, dishonest, and confused. We are the least likely to come out and the most likely to suffer from depression and anxiety, on top of experiencing higher rates of sexual/intimate partner violence. We are made to feel invisible and in doing so we begin to see ourselves as invisible. Making Wonder Woman canonically bisexual on the big screen would make her the first openly LGBTQ superhero of any gender from either DC or Marvel’s cinematic universes, and would solidify her place as a true role model for women of all ages and identities.”

It goes on to say that Warner Bros. should “directly acknowledge Diana Prince for who she is,” regardless of who her love interest happens to be onscreen.

About 2,500 people signed the petition overnight, and we predict it will spread quickly once word gets around. Many superhero fans have been crying out for queer characters to appear in the DC or Marvel franchises, and so far, neither has delivered. It’s hard to imagine Warner Bros. launching in at the deep end by making its most popular hero bisexual, but at the very least, maybe this campaign will send a message to the studio.