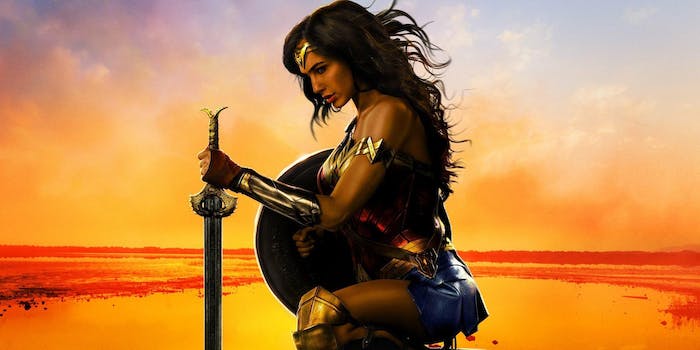 Women are still underrepresented in Hollywood, despite successes like ‘Wonder Woman’

What will it take to convince Hollywood studios to employ and cast more women?

In 2017, just 24 percent of protagonists in the 100 highest grossing films were women—a drop of five percentage points from 29 percent in 2016—according to a new study conducted by the Center for the Study of Women in Television and Film at San Diego State University.

That news may come as a surprise since some of the most popular movies last year, including Star Wars: The Last Jedi, Wonder Woman, and Beauty and the Beast, starred women. But it looks like despite the wild success of these lead actresses, Hollywood studios were still hesitant to back female-dominated films.

The study found that moviegoers were more than twice as likely to see male characters on the big screen than female ones, and that 97 percent of the top 100-grossing films had 10 or more male characters with speaking roles. Only 23 percent featured 10 or more women with lines.

The issue wasn’t just in front of the camera, either. The study found that 86 percent of the 250 top-grossing films last year had no female directors and 83 percent had no female writers.

Women continue to be underrepresented in key behind the camera roles and productions likes this where the: DOP, Production Designer, Costume Designer, Editor, and one of the EPs were all positions held by womenhttps://t.co/xk7CA5Tata

okay but you’d think that with the success of movies like pitch perfect, wonder woman, get out, and black panther studios would realize that when you make great movies about underrepresented groups (women, POC), they’ll go out in massive numbers to see them

Dr. Martha Lauzen said in a statement that this severe underrepresentation—and the fact that it has gone unchecked for so long—explains how men in Hollywood like Harvey Weinstein have abused their power.

“The film industry has utterly failed to address the continuing under-employment of women behind the scenes,” Lauzen said. “This negligence has produced a toxic culture that supported the recent sexual harassment scandals and truncates so many women’s careers.”

These statistics prove once again just how baffling it is that Hollywood execs refuse to confidently back women-produced and women-dominated films even though viewers have shown repeatedly that’s exactly what sells.