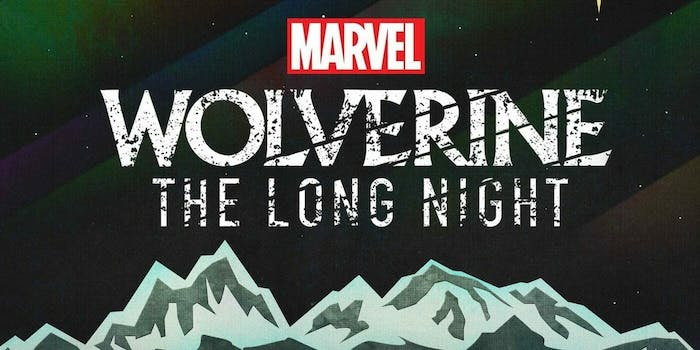 You can now listen to Marvel’s Wolverine podcast for free

'Wolverine: The Long Night' is a gritty, 'Serial'-style podcast.

Marvel‘s first scripted podcast arrived earlier this year, but it flew under the radar because, well, you had to pay for it. Now the first two episodes of Wolverine: The Long Night are available to listen for free, and they’re worth the wait.

Taking inspiration from podcasting’s favorite genre, true crime, The Long Night was written by novelist and comic book writer Benjamin Percy (James Bond; Nightwing). It’s a gritty tale set in a fictional Alaska town, kicking off with a spate of brutal murders. With a cast of government agents, small-town cops and suspicious locals, it follows the same documentary-style framework as paranormal mystery podcasts like Limetown and The Black Tapes. There’s even a creepy cult on the outskirts of town.

While this isn’t a particularly innovative choice for Marvel’s first podcast serial, it’s a great choice for Wolverine as a character. Rather than being the protagonist, he’s a cryptid figure lurking in the background of this small community of crab fishermen and survivalists. We know who he is because Wolverine is a worldwide blockbuster brand, and that allows The Long Night to zoom out and reintroduce him from an outsider perspective.

This isn’t Hugh Jackman, angsty antihero. This is a weird dude who just moved into town and creeps out his neighbors. He’s short and stocky and hairy, and his cabin stinks to high heaven. We don’t even hear his voice (performed by The Hobbit star Richard Armitage) until well into episode 2. His role plays out like an urban legend, as it should. I mean, a mysterious guy with claws and super-strength, who moves to a secluded town and either murders people or saves their lives? It has all the hallmarks of a classic told-round-the-campfire horror story.

As a character who often stars in standalone stories with a gloomier tone than your average Marvel comic, Wolverine is ideal for this kind of podcast-friendly crime drama. I’m interested to see if Marvel can expand beyond this with future shows, perhaps telling a more straightforward superhero story instead of following the successful but rather oversaturated Serial formula.

The rest of Wolverine: The Long Night is already available on Stitcher Premium, with the first two episodes now online for free on major platforms like Spotify and Apple. New episodes will be released for free each week.