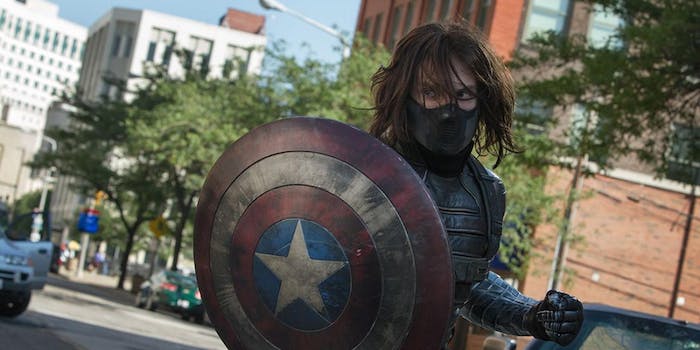 Can you really blame people for being scared of the Winter Soldier?

London police responded to reports of a gunman on Saturday, only to discover that the gunman in question was a Marvel superhero.

Police were called after people spotted a Winter Soldier cosplayer in the business district Canary Wharf, carrying what appeared to be a gun. The 29-year-old cosplayer was reportedly on his way to a convention, and while it’s fairly obvious that he’s wearing a costume, we can’t really blame people for being intimidated by someone dressed as a menacing HYDRA assassin.

The Mirror posted video of the cosplayer being led away by police, who kept his gun—believed to be an air rifle— for forensic examination.

This isn’t the first time a cosplayer has attracted the attention of the police, and it probably won’t be the last.