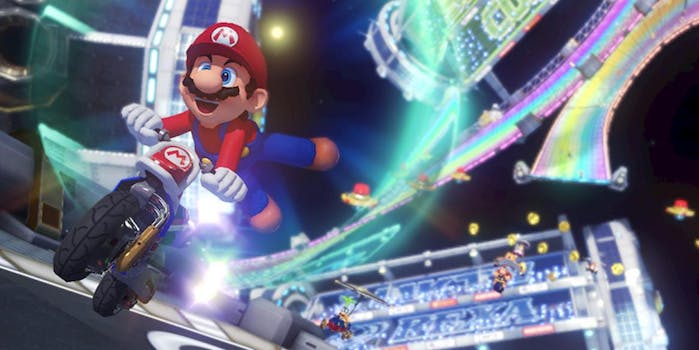 All racing games boil down to getting to the finish line as fast as possible. It’s the same with Mario Kart. Every time a new entry in the franchise releases, players find a way to exploit a game mechanic to help shave off a few seconds from their lap time. With the Mario Kart DS it was snaking, and with Mario Kart 8 it’s the Fire Hop.

The idea of the Fire Hop is to propel a character as far as possible after a speed boost. Players noticed that after a boost, the friction with the track caused the cart to slow down to its original speed. But what if the Kart could avoid touching the track? That’s exactly what fire-hopping does.

There does seem to be a split within the community as to if Fire Hopping is fair. Some argue that games aren’t perfect, exploits are eventually found, and it’s in mastering these exploits is what makes competitive play so thrilling. Others argue that if it takes using an exploit to play competitively, then it would ruin the essence of the gameplay.

In the past Nintendo had been reticent about patching their games, but things may change. With the release of the Wii U, Nintendo did require a lengthy day-one patch. Perhaps they’ve warmed up to the idea of patching games later on as errors and exploits rear their ugly heads.