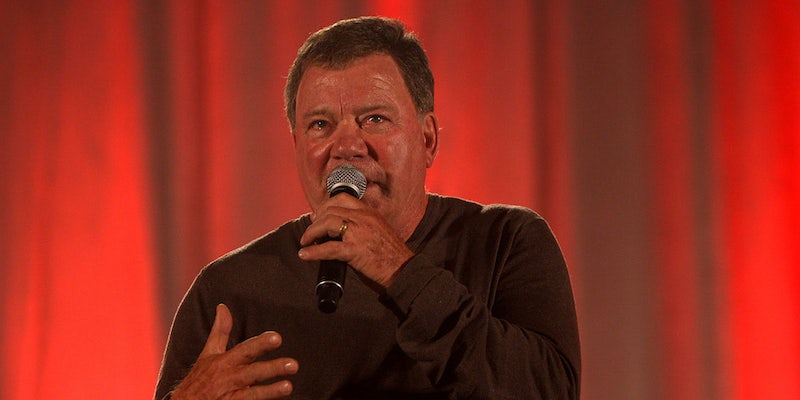 William Shatner starting his own comic-book imprint, with Stan Lee writing a book

Will Stan Lee and William Shatner ever retire? Signs point to no.

Not content to rest on his laurels, William Shatner is launching his own comic-book imprint—and he’s persuaded Marvel‘s Stan Lee to write something for it.

Shatner Singularity will mostly release work by Shatner himself, but comics legend and master of self-promotion Stan Lee is onboard for at least one book.

The imprint’s full lineup will be announced at Stan Lee’s Comikaze Expo next month. As ever, life is good for an aging superstar of geek culture.