Wikipedia for the Weird: Secret_Service_codename

You can find many secret things on Wikipedia, but Wikipedia isn’t really the place you should be “keeping” your secrets. Someone should tell that to the U.S. Government, whose numerous Secret Service codenames are just HERE for people to find. Anyone can just walk right up to a computer, punch a few keystrokes, and KNOW exactly what the Secret Service calls Obama behind his back. It’s “Renegade,” by the way, which is pretty badass.

But sadly, not every president (or figure deemed important enough to receive a Secret Service name) has such an impressive nickname. Let’s go through some of the best, and then you’ll know exactly what historically accurate names to call your friends behind their backs.

Since I already gave away Obama’s codename, did you know the First Lady goes by “Renaissance”? That’s actually quite poetic. Their young ones, Malia and Sasha, go by “Radiance” and “Rosebud,” respectively. All in all, a seemingly well-respected bunch, if their codenames reveal any insight into how they’re viewed by their White House coworkers. Why no one ventured for “O” nouns, I’ll never know. Opulence, Originality, OMG, Orange…See? I could’ve helped. 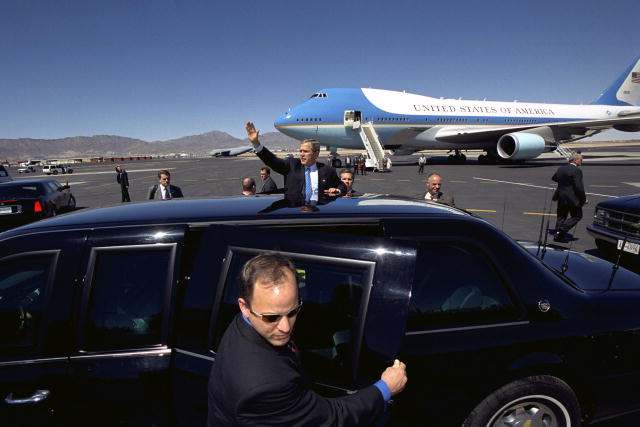 Both Bushes (that’s H.W. and W.) got stuck with “T”, and that made for a hilarious string of nouns. H.W. is “Timberwolf” while W. is “Tumbler”—whatever that means! Poor W. got stuck with a misspelling of everyone’s favorite blogging platform. There’s even an additional name tacked on there that I’m sure they gave W. after he complained: “Trailblazer.” (Happy now, George?)

The rest of the Bush brigade reads like an episode of 19 Kids and Counting. (The Duggars are “J’s”, however.) Barbara’s “T” name is “Tranquility, but she apparently also goes by “Snowbank” when feeling whimsical. “Tuner,” “Trapline,” and “Tripper” are the rest of the H.W. clan. (Remind anyone of someone else’s political family?) W.’s fam is lead by Barbara, or “Tempo” as she is called, and their two kids: “Turquoise” and “Twinkle.”

Not everyone gets honored so… nicely. Everyone’s favorite Massachusetts native Ted Kennedy went by “Sunburn”—perhaps a cruel jab at the fair-skinned senator of Irish descent? The rest of the Kennedys got lovely “L” names like “Lancer,” “Lace,” and “Lyric.”  Ron Nessen, White House press secretary for President Gerald Ford (a.k.a. “Pass Key”), was deliciously called “Clam Chowder.” Prince Charles was inexplicably “Unicorn,” and even Frank Sinatra had a name— “Napoleon.” Last, but certainly not least: Vice President Al Gore was “Sundance,” but his eldest daughter Karenna? “Smurfette.”