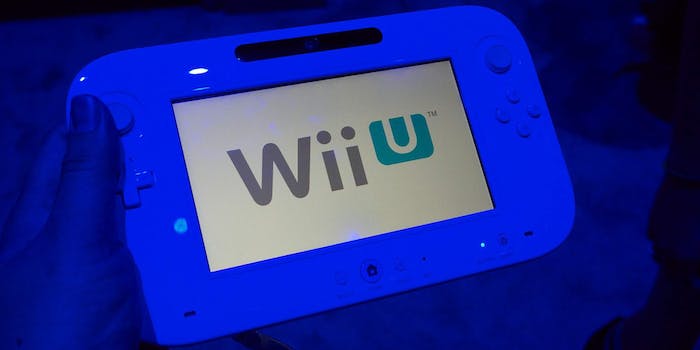 The EFF calls the move “dangerous” and “abusive.”

Buying something like a video game console means you can easily play games on it, right?

Nintendo thinks it shouldn’t be that simple.

The company’s newest end-user license agreement (EULA) locks down the system—Nintendo emphasizes that it never sold the Wii U software to you, only licensed it—and refuses to let you use the system unless you click agree to everything Nintendo has in mind. Unlike with previous Nintendo consoles and competing devices, there is no option except ‘Agree.’

The Electronic Frontier Foundation (EFF) called the move a “dangerous” and “abusive” part of a “trend [that] bodes ill for consumers.”

“I purchased this with good faith that Nintendo would not … try to lock down my system to the point where it would become unusable,” YouTube user AMurder0fCrows said in a video on the new agreement.

The new EULA says Nintendo can do anything it wants with the software “in whole or in part” without notifying Wii U owners and reserves the right to refuse access to the system unless you accept the changes (that, again, you might not even be aware of).

In short, Nintendo can do anything it wants to the Wii U you paid for and never tell you again.

As Murder0fCrows and the EFF critically point out, this is reminiscent of a PlayStation 3 update that removed the console’s ability to run custom software and Linux, a downgrade in functionality that could be refused by console owners.

If you don’t agree to a future Wii U update, you’re out of luck. You may just be locked out of your games, your data, and the social network you’ve become a part of.