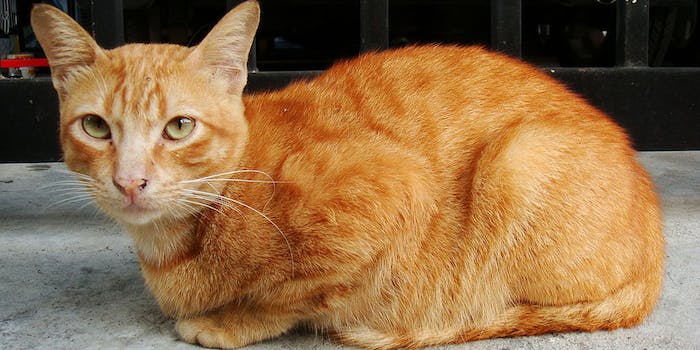 Why your cat likes to break your stuff

And some cats are sadists who like pushing your novelty shot glass collection off the shelf just to watch it break into a million pieces.

If your cat is in the last category, it’s kind of true that he’s a jerk. But it’s not because he actually wants to destroy your things out of spite (like your cat gives a crap about you anyway). In the suburban wild, cats get their kicks from chasing down and playing with their prey. Pushing stationary objects around and off of tables is one of the ways they practice this feline instinct, according to writer Dr. H. Ellen Whiteley on HowStuffWorks.com.

WHEN CATS ARE SAD

Bartender: What'll ya have?
Cat: Shot of rum.
[Bartender pours it]
[Cat slowly pushes it off the bar]
Cat: Another.

Cats could also be trying to get your attention. “Once a cat learns that knocking something to the floor will bring humans on the double-quick, she may actually do it on purpose to get your attention, particularly if she feels that a meal is long overdue,” Whiteley writes.

One way to get your cat to stop pushing your stuff off the table, according to cat expert Jackson Galaxy, is to simply give him toys that will keep him entertained. A bored cat is a destructive cat.

“Think about a toddler who has been given crayons, but no paper. Hello, bedroom wall mural! Ask yourself, ‘Do we have enough cat toys?’ If the answer is yes, would he still rather bat a cup off the table? If so, it’s time to get new toys!” the host of Animal Planet’s My Cat From Hell said in a Q&A on Parade’s Community Table.

The other obvious solution is to keep valuable or easy-to-break items out of paw’s reach.