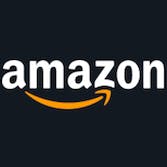 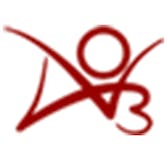 Archive of Our Own
Visit Site 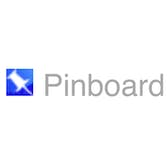 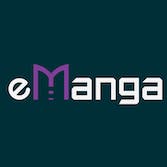 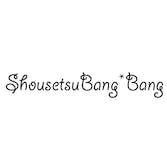 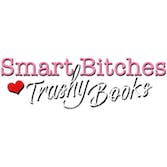 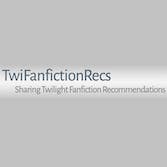 Let’s be blunt: Erotica is in. Fifty Shades of Grey is the fastest-selling novel series in history, and most of us are at least vaguely aware of popular slash ships like Harry/Draco or John/Sherlock.

Fanfiction.net and Wattpad censor anything that’s too racy, vintage single-fandom sites are slowly dropping off the Internet, and Tumblr is difficult to navigate. Then there’s Archive of Our Own, a multi-fandom archive that over the past few years has become a cornerstone of the fanfic community.

AO3 lets readers browse by fandoms, and its intuitive search engine and extensive tagging system are second to none. For instance, while looking at the Sherlock Holmes tag can be a little daunting (there are now over 90,000 fics on offer), you can narrow things down as specifically as searching for explicit-rated John/Sherlock fic about male pregnancy, sorted by popularity.

Goodreaders aren’t the only group of fans to crowdsource their recommendations. Fandom has been doing it for years on social bookmarking platforms like Pinboard, which fans adopted after Yahoo redesigned Delicious in a way that drove fanfic bookmarkers away overnight.

Pinboard allows users to bookmark URLs with a short title, description, and list of searchable tags, with the most popular new bookmarks appearing as a kind of bestseller list on the site’s front page. Due to the influx of fanfic-based users alongside the site’s original audience of tech enthusiasts, Pinboard now has a fandom-specific front page, which updates regularly. This is what a typical link looks like:

This fic for the Tumblr webcomic Check, Please! has recently been bookmarked six times (the number on the left), and someone has tagged it with its fandom, plus a couple of descriptive tags indicating that it’s set in an alternate universe timeline. On a user’s dashboard, links like this would also include a short summary or quote.

Pinboard is behind a (cheap) paywall, but you don’t need an account to search it by tags or by keywords of your favorite fandoms and characters. That being said, it’s worth the one-off payment if you’re really into fanfic, because then you can follow people with similar interests—undoubtedly the most efficient way to find good stories without trawling through the bad stuff first.

Yaoi manga is so popular that English-speaking fandom decided to create their own written version of it. Shousetsu Bang Bang is a free zine and fic fest that runs both yaoi and yuri (queer female) issues throughout the year. In keeping with yaoi’s emotionally saturated themes, SSBB promises “at least one sex scene and a happy ending.” The zine is currently on its seventh year and its 37th issue. The full list of “heartwarmingly predictable” stories may be found here.

The stories written for Shousetsu Bang Bang occupy a weird space. While they are original, they’re similar in theme to fanfiction and often written by the same people. In fact, a whole online genre of “origfic” exists for original works, mostly erotic, that seem to have more in common with fanfic than with novels you buy at the bookstore. Most writers offer these online novels to the public for free, such as Manna Francis’ massive, hugely popular Administration Series and Jesse Hajicek’s The God Eaters, both of which are also published and purchasable. Other popular works include the cult favorite Captive Prince trilogy, and Starfighter, HamletMachine’s original yaoi webcomic.

The fact that all of these works are original slashfic speaks to the free online culture of fanfiction in which they tend to originate. It’s a shared trait that lead hundreds of users of popular reading recommendation site Goodreads to build several recommendation lists of “unpublished” male/male fiction which list fanfiction and origfic side by side.

Many fantasy writers like Lynn Flewelling, Diana Gabaldon, Laurell K Hamilton, N.K. Jemisin, and Anne Rice have built up substantial cred in the sensuality department. Flewelling even wrote a collection of short stories that amount to deleted scenes from her popular Nightrunners series, for all the times when you wish the camera hadn’t faded to black just yet.

It’s no secret that Twilight fandom has been crowdsourcing popular works of fanfiction and then publishing them as originals. Wanna get a jump on the traditional press? Here’s a list of dozens of racy novels currently being sold as ebooks, all of which began life as Twilight fanfiction. If you want more like 50 Shades of Grey, all of these books are ready to deliver the goods.

Chuck Tingle is obviously the king of self-published ebook erotica, but not everything has to be about being pounded in the butt by your own butt. Amazon’s Kindle erotica bestseller lists are a good place to start, although Goodreads is also your friend here, for more tailored lists for specific genres.