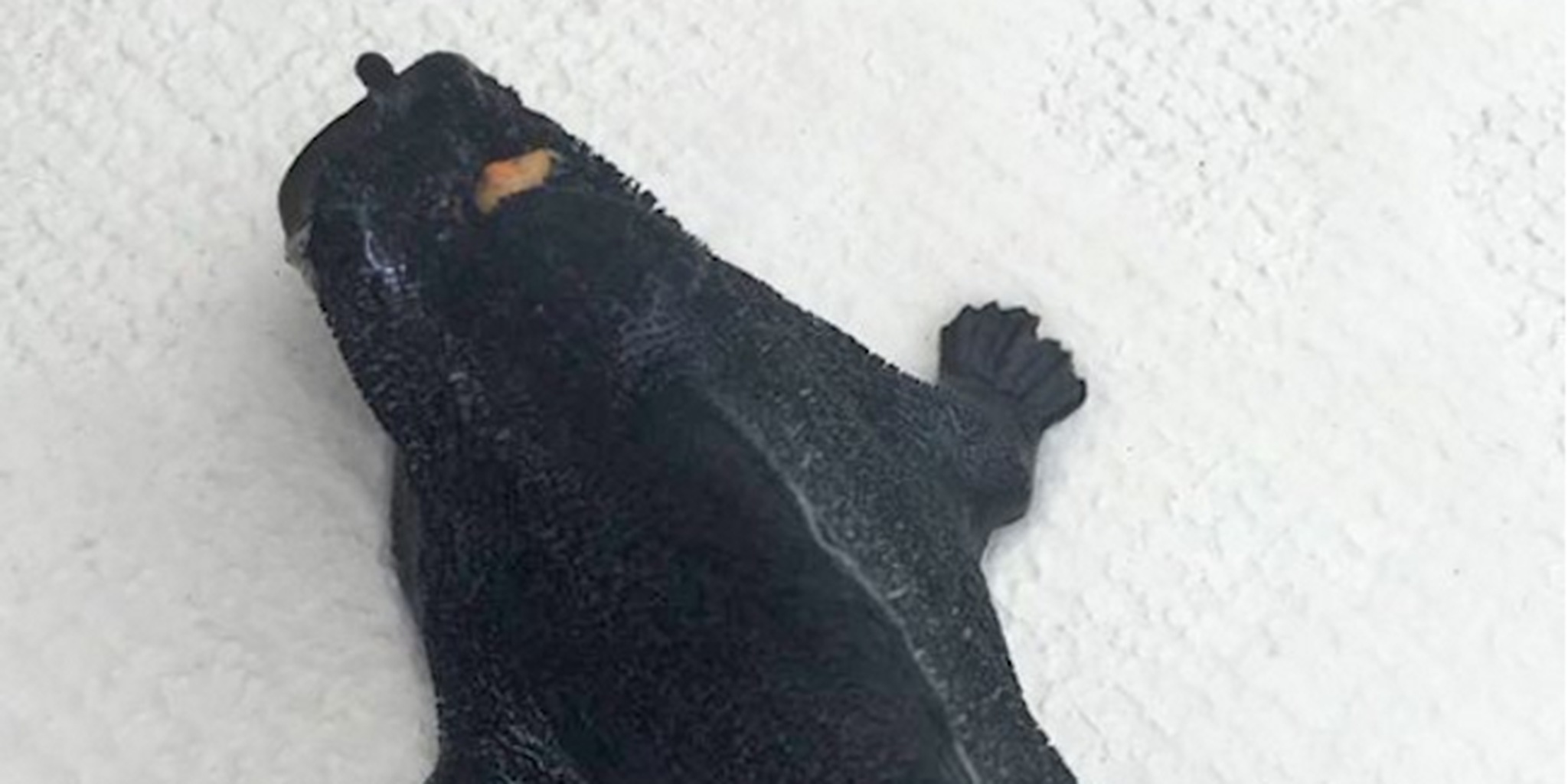 What is this mysterious New Zealand sea creature?

It was found in the New Zealand bay.

The ocean is a mysterious place full of all sorts of undiscovered or newly-discovered animals. Scientists often catch glimpses of these creatures using remotely operated vehicles mounted with cameras. But occasionally, they turn up in someone’s bucket.

Sent in for ID: #Fish with legs. Likely to be a #Frogfish species, but we won't know until we can examine it. pic.twitter.com/zZUyLBZyaW

Andrew Stewart, the collections manager of the museum, told the Daily Dot that the specimen was sent to them—unfortunately dead already—from the family who happened to catch it.

“This fish was caught when the family was holidaying on their boat around the Bay of Islands,” Stewart said. “The children apparently put some seaweed into the live bait well on the back of the boat, and when the mother cleaned it out she discovered this fish in there.”

What’s unusual about this fish is it’s coloring. Stewart said the fish is a specimen of the Antennarius striatus species, commonly known as the striped or striated frogfish. The species usually boasts a brown and black striped pattern. “It is very unusual in that it is completely black, with the only a trace of a pattern on the shaft of the Illicium (stem of the lure) and on the floor of the mouth,” Stewart said.

He was able to identify the species by looking at its lure—the little piece of flesh at the top of its head it uses to attract prey. He said that, given the variation in pattern, it’s possible that this species comes in more color patterns than previously thought. Alternatively, it could be that there is another yet-undescribed species that is closely related to the striped frogfish. Stewart said that he’s currently waiting on analysis of a tissue sample to help answer that question.

Striped frogfish are rare in the northern waters of New Zealand, Stewart said. That area seems to be at the bleeding edge of what the fish can tolerate in terms of water temperature.

“The last time this species was sent to us was 2008, which gives you an idea of how ‘rare’ they are here,” Stewart said.