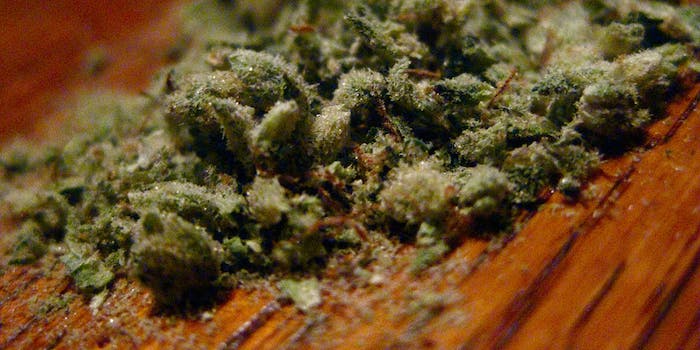 High-potency marijuana could damage connections in your brain

The research, released today, still has to be reproduced.

New research published Friday found that people who smoke high-potency weed have degraded connections in the part of the brain that connects the two hemispheres.

Researchers examined people who smoked pot at varying levels of frequency and potency and found those who smoked the high-potency pot (with higher-than-normal concentrations of THC, weed’s most well-known active ingredient) had “altered microstructural integrity” in the part of the brain called the corpus callosum. Not only that, but people who suffer from psychosis show similar structural changes.

But the researchers only took snapshots of people’s brains and asked them about their marijuana habits, so they couldn’t establish a cause-and-effect relationship between smoking pot and brain changes. It could simply be that people with this type of brain gravitate toward pot.

The corpus callosum doesn’t just physically connect the two halves of the brain but also serves as the information highway that passes messages between the right and left sides of the brain. And, while the whole right-brain-left-brain personalities thing is a myth and people can live with just half a brain, you still want to have that corpus callosum functioning properly if possible—especially if the particular changes in the brain structure may lead to psychosis.

The study’s results still need to be confirmed. According to the Guardian, this is reportedly the first study that looked at the effect of cannabis potency on the brain. Other studies tend to focus on frequency of use and age of first use.

Nonetheless, there’s a growing body of literature and case reports linking cannabis to psychosis. According to review in the journal Annual Reviews, there’s plenty of evidence suggesting a connection between cannabis and psychosis, but no studies proving that long-term use of weed will lead to psychosis. But studies do find that starting smoking in adolescence is associated with greater chances of developing psychosis later in life—even if you stop smoking later on.

Still, there’s no strong evidence for the actual biological underpinnings of the association. Researchers are not sure how, or if, cannabis affects the brain in a way that leads to psychosis. But the current study suggests one potential mechanism, assuming future research can establish that cause-and-effect relationship.

In the meantime, the researchers caution against using high-strength weed. “When it comes to alcohol, we are used to thinking about how much people drink, and whether they are drinking wine, beer, or whisky,” study author Paola Dazzan told the Guardian. “We should think of cannabis in a similar way, in terms of THC and the different contents cannabis can have, and potentially the effects on health will be different.”