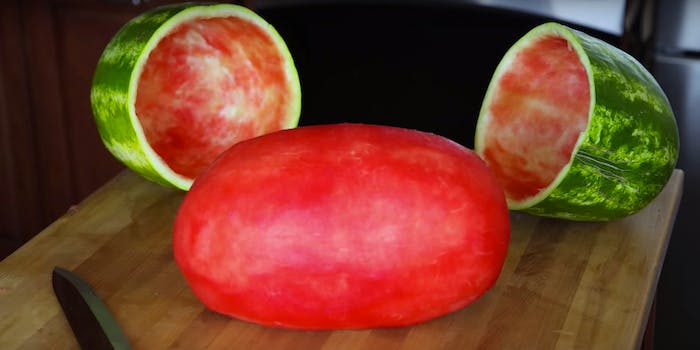 We may have been cutting our watermelon wrong this whole time.

Former NASA engineer Mark Rober, who has been posting food hacks like watermelon smoothies to his YouTube channel for some time, presented a new way to cut up watermelon just in time for Labor Day. It’s more work than you’re probably used to, but it’ll give you better watermelon, too.

It’s also pretty easy. Instead of cutting through the watermelon, you’ll need to cut around it to get rid of the rinds and the edges that come with them. From there, it’s all in the details.

Not having to worry about the rinds? Well, that just might be worth it.