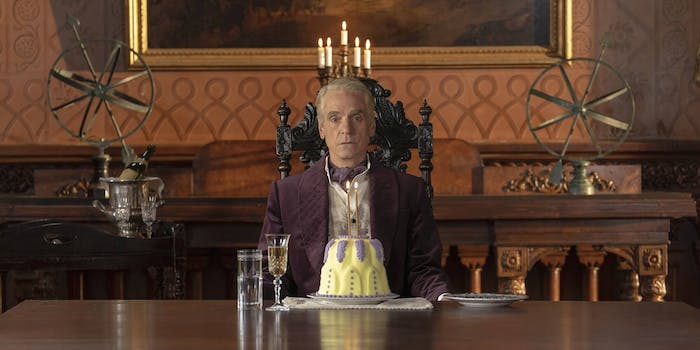 Spoiler-free review: HBO’s ‘Watchmen’ leans into the comic’s political side

Created as a present-day sequel to the graphic novel, HBO's 'Watchmen' is an ambitious endeavour.

HBO’s Watchmen bears little direct resemblance to the comic, which is probably for the best. The original 12-issue series was groundbreaking when it came out in 1986, deconstructing the superhero genre and presenting a cynical view of American politics. Since then, its themes have been analyzed and misinterpreted and cannibalized back into mainstream superhero media, to the point where Zack Snyder’s 2009 adaptation felt less culturally relevant than recent films in Disney’s Avengers franchise. DC Comics even started publishing Watchmen spinoffs in 2017, tying its non-superpowered characters into the world of Batman and Superman.

So in 2019, HBO’s Watchmen arrives in a saturated market for superhero stories. Instead of attempting a contemporary version of what writer Alan Moore and artist Dave Gibbons did with superhero tropes in the ’80s, showrunner Damon Lindelof (The Leftovers) leaned more into Watchmen’s political themes, with mixed results.

RELEASE DATE: 10/20/2019
CREATOR: Damon Lindelof
STREAMING: HBO
HBO’s ‘Watchmen’ takes place in an alternate version of present-day America, long after the events of the comic. Regina King stars as an Oklahoma detective and superhero, in a world where cops wear masks and have secret identities.

Set in present-day Oklahoma, Watchmen extrapolates from the alt-history timeline of the comic. In this universe, Robert Redford has been president for 27 years, a liberal figurehead who introduced reparations for victims of racist violence. The show’s political ambitions are clear from the start, opening episode 1 with the 1921 Tulsa Race Riot, showing Black citizens gunned down in the streets by their white neighbors. Lindelof (who recruited a diverse writing team for this project) chose this as a teachable moment for viewers who never learned about the Tulsa riots in school. It sets the scene for Watchmen’s alternate America, which reacted differently to this mass act of racist violence.

Oscar-winner Regina King stars as Tulsa detective Angela Abar, aka the vigilante Sister Night. There’s a clear lineage between her and the costumed heroes of the comic, but her relationship with law enforcement is more complicated. In present-day Oklahoma, all cops wear masks and have secret identities, which is just one facet of the new Watchmen’s dubious political worldbuilding. (For starters, it seems like it would be very easy to impersonate a cop if they all wear masks, but maybe that issue will be covered in later episodes.) Despite the fact that Nixon stayed in office until 1985—indicating a very right-wing climate for decades—we’re meant to believe that the cops in Watchmen’s universe are, on an institutional level, less racist than the ones in real life.

In fact, episode 1 sets up a direct conflict between the Oklahoma police force and the Seventh Kavalry, a white supremacist group who idolize the bigoted antihero Rorschach. The police actually wear masks because of the Kavalry, to avoid retribution for protecting people of color. So in the early episodes at least, the main institutions opposing white supremacy are the police and President Redford. Angela is the protagonist, but we don’t get any backstory on what the Civil Rights movement looked like in this universe, or indeed any Black authority figures beyond a brief cameo from historian Henry Louis Gates Jr.

The cops aren’t portrayed as squeaky clean, of course. They’re violent and fascistic, cheerfully rounding people up for secret interrogations. At the same time, the show portrays the Oklahoma police as victims of secondhand racism. Angela hunts down the Seventh Kavalry alongside white men including her best friend Chief Crawford (Don Johnson) and the mirror-masked vigilante Looking Glass (Tim Blake Nelson), and while this dynamic does get more nuanced in later episodes, there’s a (possibly unintentional) undercurrent of Blue Lives Matter. This isn’t to say the show feels conservative, but in the four episodes I watched, the political worldbuilding just didn’t feel tight enough to support such a bold, controversial concept.

It should be clear by now that HBO’s Watchmen isn’t a traditional superhero story. Like in the comic, its masked vigilantes don’t have superpowers. Their costumes are dorky, and their action scenes aren’t especially impressive—which I assume is intentional since the show makes plenty of interesting visual choices elsewhere. Rather than setting up a simple hero/villain arc, it’s a character-driven drama whose world is gradually revealed over time. And while I have mixed feelings about the whole masked police situation, other elements of Watchmen‘s worldbuilding are pretty damn cool.

The comic famously ends with the appearance of a gigantic “alien” squid created by supervillain Adrian Veidt, and several decades later, the world still experiences occasional rains of squid. It’s one of many fun little details that spice up the setting, revealing a quirky sense of humor. My favorite example is actually Veidt himself, played with characteristic aplomb by Jeremy Irons. Now 80 years old, he’s a sprightly eccentric who lives in a castle with two loyal servants (Tom Mison and Sara Vickers, in a pair of thoroughly entertaining little roles), enjoying a luxurious existence that grows more surreal and puzzling with every episode. Watchmen is destined to be analyzed to death over its political content and relationship to the source material, but if someone asks me if it’s actually fun, I’ll have to say: Well, the Jeremy Irons scenes are, anyway. The main storyline sometimes feels like it’s trying too hard to Make A Statement About America, but you can’t beat Jeremy Irons chewing the scenery as a posh nude weirdo.

Our final two main characters are the original Watchmen heroine Laurie Blake (Jean Smart) and Lady Trieu (Hong Chau), an intriguing figure whose role is probably too spoilery to discuss here. Suffice it to say that she gets a very compelling introduction. Jean Smart (who superhero fans may know from Legion) sinks her teeth into her role as the former Silk Spectre, now a jaded FBI agent with a bitter sense of humor. The scenes between her and Regina King are a sheer pleasure, and it’s a satisfyingly unexpected direction for a character who had a rather miserable part in the comic. While I may have some qualms about the surface-level worldbuilding behind Watchmen’s politics, these casting choices really revitalize the white, male-dominated source material.

Much of Watchmen’s legacy has more to do with its fandom than the comic itself, inspiring a new wave of dark-and-gritty superhero media, along with a couple of fanboy stereotypes: Watchmen-obsessed mansplainers, and guys who personally identify with Rorschach. The comic is now kind of infamous for being misunderstood, especially by conservatives (like Ted Cruz) who see the main characters as heroes instead of fascist monsters or tragic losers.

Possibly the same thing will happen with HBO’s Watchmen, but between Angela Abar, Laurie Blake and Lady Trieu, three of the four most interesting characters are middle-aged women. You can’t accuse this show of being a macho fantasy – or even of being especially violent compared to its contemporaries. The main way it follows the source material isn’t by satirizing superhero tropes (which has already been done) or by showing their dark side (ditto) but by depicting a multigenerational view of history. The Silk Spectre, hero of a bygone era, lives in a world where younger heroes barely know who she is. The Seventh Kavalry, a bunch of dollar-store Kylo Rens, are obsessed with a shitty vigilante from the 1980s. Kids learn superhero history from a schlocky TV drama called American Hero Story. President Redford’s reparations laws highlight the living connection between America’s racist past and present. The show does a great job of illustrating how history isn’t a straight line leading into the future, but rather an overlapping tangle of events whose impact bleeds down through the generations.

Watchmen arrives with high expectations and a lot of baggage, so I’m a little surprised to realize that it’s just… fine. It’s pretty good! You can’t go wrong with actors like Regina King, Jean Smart, and Jeremy Irons, and they get plenty of punchy dialogue to play with. Unlike the Watchmen movie, which painstakingly recreated the comic without understanding its deeper meaning, the HBO show does want to say something meaningful about race and law enforcement —and finds cinematic ways to translate the comic’s use of juxtaposed imagery. The first few episodes set up some tantalizing questions, and I’m undeniably hooked on whatever the hell is happening with Adrian Veidt. But is HBO’s Watchmen as instantly electrifying and clever as the comic? Not really. It’s a mature and stylish drama that I’d rank slightly below Russian Doll and The OA: Part II on this year’s crop of high-quality sci-fi TV; successfully entertaining, without being as thought-provoking as the showrunner undoubtedly hoped.

Watchmen begins on HBO on Oct. 20.

Update 12:15pm CT, Oct. 15: This article has been updated to reflect the correct spelling of the Seventh Kavalry.