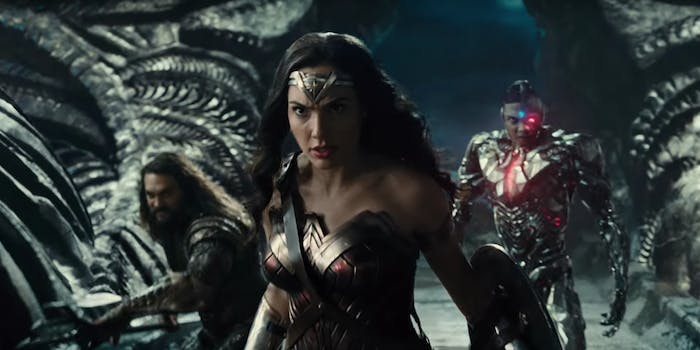 Watch the first official trailer for the ‘Justice League’ film

Superheroes (and a rich guy) unite.

The “age of heroes” has returned in the upcoming Justice League film, and the supers (plus a very rich Batman) are joining forces to combat a new threat.

On Saturday, Warner Bros. shared the first official trailer for Justice League, much to the delight of DC fans on Twitter.

Featuring appearances by Batman, Wonder Woman, Aquaman, Cyborg, the Flash, and even Lois Lane, the trailer admittedly does give off a Suicide Squad vibe with the character introductions shown against classic rock songs. But forget the stylistic neon signs and spray paint—this trailer is all its own.

Despite angry YouTube commenters denouncing the lack of Superman, Henry Cavill‘s character is definitely included on the film’s IMDb page, as is Lex Luthor. Now if only we didn’t have eight months until the film’s release in November.