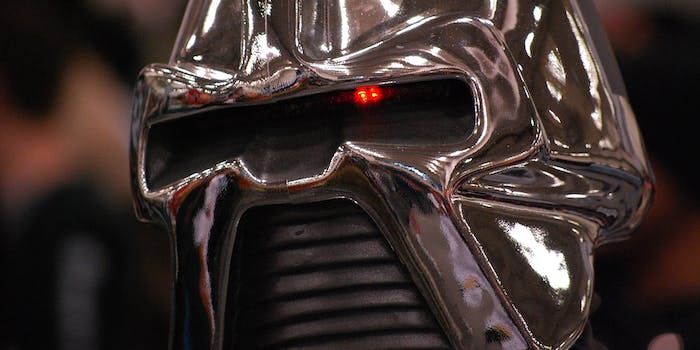 Grab your sonic screwdriver and settle in to enjoy these cult sci-fi classics.

It’s a sad truth that shows often disappear from the streaming service on Netflix. As much as you intended to get caught up on a series, it often takes a looming expiration date to kickstart a watching binge.

So, prepare to plant yourself in front of some classic sci-fi fare this month. A number of BBC shows find themselves on the brink of expiration (though it’s possible an 11th hour renegotiation could extend their life on the streaming service).

With this news and January being a slow month for TV shows returning to their regularly scheduled slots, it seems like a perfect time to explore the sci-fi cult classics from the BBC and beyond that are still available for you to binge-watch on Netflix. From an alien traveling through time and space to two F.B.I. special agents searching for the truth that must be out there, here are nine shows you should spend the rest of your month streaming.

If you have only watched one series of Star Trek or have just seen a few episodes here and there, it’s about time you settled in to brush up on your Starfleet history and absorb the entire glorious run of Star Trek on TV. Netflix has not just one, but all six series available for your streaming pleasure: The Original Series, The Animated Series, The Next Generation, Deep Space Nine, Voyager, and Enterprise. That’s an amazing binge-able total of 30 seasons.

You can watch Captain Kirk’s loyal crew—in both live-action and animated forms—kick off the franchise with their five-year mission, see where that Captain Picard “make it so” meme came from, get a glimpse of what life might be like living on a space station, travel to the Delta Quadrant, and go back in time to see how it all began before Kirk. It may take awhile, but it will be worth your time to soak in every episode of what is perhaps the best known classic sci-fi TV franchise in history.

If you haven’t watched Farscape yet, what the frell have you been doing all these years?! This cult show has everything you want in a sci-fi series: drama, comedy, the classic “goes back in time” episode, the beloved animated episode, the “characters switch bodies” episode, and of course a whole wondrous range of fictional curse words to add to your vocabulary. Not to mention a diverse cast of characters you’ll come to love—and love to hate.

It all begins when astronaut John Crichton accidentally goes through a wormhole that takes him to the other side of the universe where he encounters the living ship Moya and a ragtag bunch of alien prisoners trying to escape the militaristic Peacekeepers. As Crichton tries to find a way home, the unlikely group develops an incredible bond and takes on some ruthless villains along the way. It might take you a few episodes to get sucked in and used to the amazing puppet characters created by The Jim Henson Company, but have no doubt, you’ll be hooked halfway through season one. Just be warned: The final season ends on an epic cliffhanger that will have you scrambling to find the miniseries that wraps up the storyline. Farscape: The Peacekeeper Wars is unfortunately not available to stream on Netflix.

The fictional curse word smeg rivals any of the curses in Farscape, but that’s not the only reason you need to watch this British cult sci-fi comedy series. Red Dwarf begins with technician Lister waking up aboard a spaceship to discover that he’s been in stasis and is the last human in the universe. He finds that his cat has evolved over the millennia into a more humanoid race, his annoying roommate is resurrected as a hologram, and eventually finds a robot that joins their small crew. The first series aired in 1988 with six episodes and it continued to run regularly until about 1999. It returned for a miniseries in 2009 and aired a 10th season in 2012, with an 11th season rumored to air later this year.

Right now on Netflix you can only stream seasons 1 through 9 but that will give you plenty of Red Dwarf goodness to enjoy before you have to search for season 10. The show does a great job of combining classic sci-fi elements with its brand of humor. The type of humor may not be for everyone, but that shouldn’t stop you from giving the series a try. If it matches your sense of humor, you’ll be in for some incredible laughs. Later seasons definitely falter somewhat, especially season 7, but that unique Red Dwarf spark makes it a little easier to get through it and on to the later seasons. Right now it looks like streaming for the series is set to expire Feb. 1, so if you want to catch this classic you better start watching now!

Doctor Who has a long and celebrated history, but have you taken the time to watch any of the seasons before Doctors Nine through Twelve appeared in the show’s recent incarnation? If you haven’t had a chance to discover Doctors One through Seven Netflix has you covered. Sure, the monsters may look cheesier and the dynamic between the Doctor and his companions is quite different, but that’s what makes classic Doctor Who seasons one through 18 worth a watch.

There’s nothing like seeing William Hartnell’s Doctor set the tone as we meet the Time Lord and his TARDIS in the first black and white episodes. The same goes for witnessing the first regeneration and watching how the Doctor evolves with each new actor and decade from 1964 to 1989. If only Netflix was also streaming the movie where you get to meet the Eighth Doctor, you could watch every Doctor from one to 11 on the website. With such a long run, Doctor Who has had a huge influence on sci-fi, making it a must-watch even beyond just being a great series every sci-fi fan needs to see. Like Red Dwarf, it looks like these classic episodes—and the new ones—will expire streaming on Feb. 1 so catch them while you can.

Firefly was also featured on our list of Netflix dramas you need to start binge-watching, so if you haven’t received the hint yet: You really need to watch this show. It seems unbelievable these days that this one-season cult hit from Joss Whedon was denied a future on TV. Following the spaceship Serenity and her adventurous crew 500 years in the future, the show is a sci-fi western that is just as fun as it sounds. Due to a devoted fandom, the love for this show has only grown over the years. If you haven’t checked it out yet because you were worried it won’t live up to the hype, worry no more. It’s dramatic, funny, and will have you declaring yourself a Browncoat before you get close to halfway through the season.

With just 11 episodes, you can easily watch it all during a weekend. If you want to see the storyline wrapped up though, you’ll have to track down the film Serenity somewhere else. Currently it’s unavailable to stream on Netflix.

If you’re a Doctor Who fan you’ll get some extra enjoyment out of this spinoff series, but you don’t have to know all about the Doctor to enjoy Torchwood. It was first introduced as an organization that investigates alien activity on Earth in the current Doctor Who series before becoming the focus of its own show. The series focuses on former Doctor companion Captain Jack Harkness as the leader of an independent Torchwood group in Cardiff, Wales, as they deal with aliens in the city. While the show starts off with a slow “monster-of-the-week” format, it eventually grows over its four seasons to develop some intriguing story arcs and is not afraid to test its characters to their limits.

Torchwood is definitely for a more adult demographic than Doctor Who, and does not shy away from the fact that this team is facing life-threatening danger as it tries to save the planet. No character is safe—which will lead to heartbreak as you fall in love with them during their dangerous adventures. It’s not all drama and tears though. The show is also funny, and Captain Jack is a fun, layered character that you get to learn a lot about over the course of the show. Like Red Dwarf and Doctor Who, at the moment streaming for this series is set to expire on Feb. 1.

When people hear about Battlestar Galactica, many probably think of the successful gritty reboot that aired from 2004 to 2009. That wasn’t the first time the battlestar and its crew appeared on TV though. The original show premiered in 1978 and aired just 24 episodes, all of which you can currently stream. It has the same basic plot of the reboot in that it follows the journey of a group of human vessels as they travel through space in search of the safety of the fabled 13th colony of Earth.

The show looks outdated, from the space battles to the Cylons. But once you look past that, it’s interesting to see what the recent version kept and what changed from the classic. For example, the Cylons’ origin story doesn’t involve their creation by humans, and Starbuck is just another one of the men unlike the more central role portrayed by Katee Sackhoff. You’ll still be hooked in the first 20 minutes and unable to look away as humankind fights for survival. The series is worth checking out whether or not you’re a fan of the revival series.

The truth is out there, and so is every season of The X-Files. You can stream all nine seasons of the cult sci-fi horror classic where you can follow F.B.I. special agents Dana Scully and Fox Mulder as they investigate aliens and paranormal activity. It pairs a skeptic with a believer in what is often a “monster-of-the-week” style, but it has a compelling larger story arc for you to follow as well. That long-term mythology that binds the show together—while making fans worry it might not reach a satisfying conclusion—would become known as The Chris Carter Effect, a trope used often ever since.

Mulder eventually takes a backseat in later seasons, which don’t quite have the same magic as the early ones, but overall the show remained strong throughout its run. By the time it left the air, The X-Files was the longest-running U.S. science fiction series, leaving an impact on TV and the genre that you can still see today. With conspiracies, abductions, and lots of good scares, this is a show you just can’t miss.

You probably recognize the opening music and narration of this show even if you haven’t watched it, so why not finally watch all five original seasons of this classic series? The Twilight Zone often mixes supernatural elements and social commentary in its anthology format, focusing on a new suspenseful tale each episode that often includes a wonderful unexpected plot twist.

The show is hosted by its creator, Rod Serling, and features scripts written by famous genre authors like Ray Bradbury and Richard Matheson. It went on to influence pop culture beyond TV, making it an essential show for basically everyone to watch, not just sci-fi fans. So what are you waiting for? A whole dimension is waiting for you to start streaming.

Photo via superde1uxe/Flickr (CC BY 2.0)