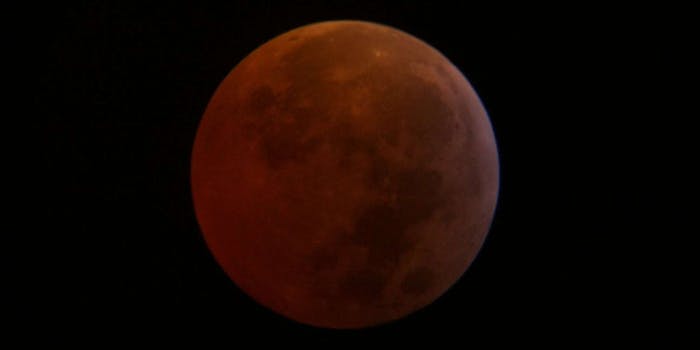 Tonight there is a lunar eclipse, as in a total, real, honest-to-goodness eclipse in which the full moon will pass in front of the Earth’s shadow. The fun name for this phenomenon is a “blood moon” because the moon will take on a dark red color. 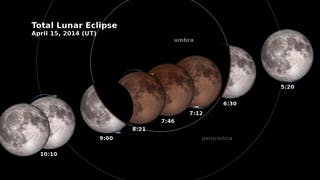 It’s all very amazing and beautiful, and on my drive home from the gym tonight I caught a glimpse of the early action (it was more like a really yellow-orange moon, but still). But now it’s really cold outside and I want to go to bed soon… and you might be in the same boat. If that’s the case, just hit up these livestreams to catch the action.

Nasa’s also got a stream going on, powered by Ustream, which earlier on, featured some awesome background jams.