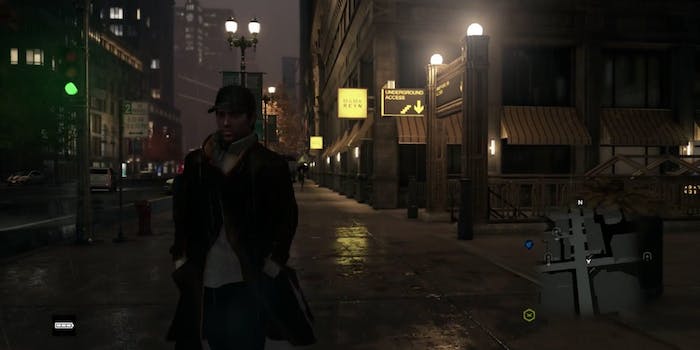 A graphics mod for the PC version of Watch Dogs, which brings the game up to the standards of its storied E3 2012 reveal, is complete and available for download.

Ubisoft‘s Watch Dogs reveal at E3 2012 looked amazing. It was all everyone was buzzing about as they piled out of the press conference. Social media feeds lit up with posts about this new, amazing-looking game.

The release version of Watch Dogs failed to meet these expectations—on any platform on which it was released,

The story broke as an accusation that Ubisoft, for whatever reason, had intentionally dropped the graphics quality on Watch Dogs. The existence of the unused files was offered as proof.

On June 18, Ubisoft issued an official response on the Watch Dogs website. Ubisoft acknowledged the existence of unused render settings which had been deactivated, but denied any intentional downgrade of the game’s visual quality. Ubisoft also suggested that using the mod could have negative effects.

“Those could range from performance issues, to difficulty in reading the environment in order to appreciate the gameplay, to potentially making the game less enjoyable or even unstable.”

On July 20, Rojas released version 1.0 of his mod. “This is the last release of my modification,” wrote Rojas on his blog. “I did my best to improve graphics and performance as much as I could without degrading the quality.”

Judging by the comments posted on and after July 20 on the Guru3D.com message board post where Rojas announced the release of version 1.0, it doesn’t seem as though the 1.0 version of the mod is negatively affecting game performance. In fact, the posts are filled with praise for his work.

Watch Dogs was released for PC, as well as the PlayStation 3 and PlayStation 4, and Xbox 360 and Xbox One, on May 27.