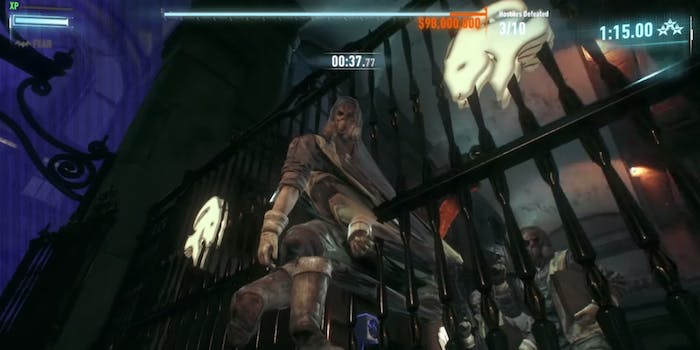 Focus on console development led to horrible performance on PCs.

Quality assurance testers have reported to Kotaku that Warner Brothers Interactive Entertainment knew precisely what a mess the PC version of Batman: Arkham Knight was, and released it anyway.

The sources have chosen to remain anonymous in order to protect their jobs, which in this case included testing the console and PC versions of the newest Batman game from Rocksteady Studios. The console version looks and performs great on PlayStation 4 and Xbox One, whereas the PC version was such a mess that Warner Bros. pulled Arkham Knight from Steam altogether, with no idea as to when the game would return.

“I will say that it’s pretty rich for WB to act like they had no idea the game was in such a horrible state,” said a QA tester who spoke with Kotaku. “It’s been like this for months and all the problems we see now were the exact same, unchanged, almost a year ago.”

One QA tester cited issues with getting Arkham Knight to run on PlayStation 4 and Xbox One, which necessitated a focus on those platforms, such that only 10 percent of the quality assurance team was working on the PC version. The Batmobile, the most exciting addition to the Arkham franchise, slows anything but the most powerful gaming rig to a crawl, and wasn’t easy to get working on the console versions, either, according to the source.

When consoles are the primary platform for game development, the PC versions of that game are sometimes farmed out to a different studio. This was the case with Arkham Knight. It was developed on console by Rocksteady. The PC version was mostly in the hands of Iron Galaxy, in collaboration with Rocksteady, and the final work had some interesting results.

We're aware that some users are reporting performance issues on PC. We take this very seriously & we're investigating http://t.co/9dGdLBGGIf

Eurogamer’s Digital Foundry game testing and performance crew cited bad memory management, pushing graphics cards too hard for too little quality, and a bad frames-per-second cap mechanism. Rocksteady has taken the lead on fixing the PC version, citing a long list of technical goals that include the issues uncovered by Digital Foundry.

Now that Rocksteady is taking over development of the PC version of Arkham Knight, it’s unclear how involved Iron Galaxy will be in these efforts. Don’t ask them for a completion date. Ask Warner Bros.

If you are experiencing issues with Batman Arkham Knight on PC please visit http://t.co/uCvtrtTaxT

Warner Bros. did not respond to request for comment.