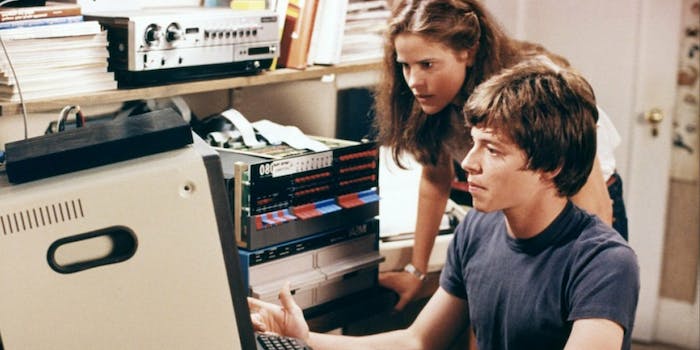 It's still unclear what exactly this 'interactive' movie will look like.

The 1983 hacker movie WarGames doesn’t seem like the most obvious choice for a modern reboot, but MGM is giving it a try anyway.

WarGames, starring Matthew Broderick, is the story of a teenage hacker who accidentally gains control of nuclear launch codes while trying to play a video game. It’s a cheesy cyber-nonsense classic, and for some reason MGM has decided that it’s ripe for a modern remake. And that remake is going to be interactive.

MGM is reportedly partnering with interactive media company Interlude to create a “choose your own adventure”-style WarGames reboot. It will be a modern reworking of the Cold War-era hacker story, featuring a new cast of characters.

WarGames received positive reviews when it was first released, but it also kickstarted a flood of ill-informed paranoia about cybercrime. How this could translate to a contemporary hacker narrative is anyone’s guess.

This isn’t the first time a studio has greenlit an interactive movie, but none of the previous examples (1998 CD-ROM drama Tender Loving Care or even Clue, which was released with multiple alternate endings) proved successful. But hey, maybe the interactive video genre’s time has finally come. With a 1980s hacker movie remake. In 2016.