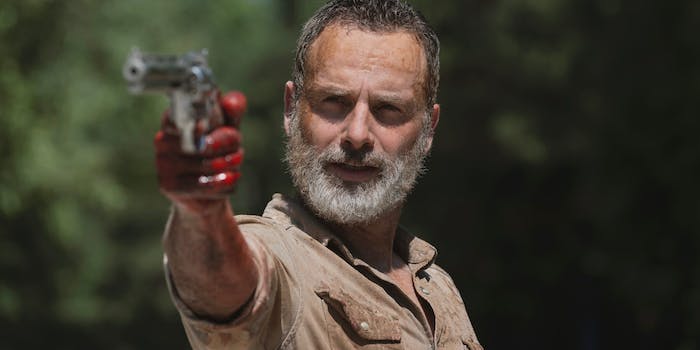 ‘Game of Thrones’ is no longer the most-torrented TV show

TorrentFreak revealed that AMC’s flagship zombie series—which is now in the middle of its ninth season—has taken the top honor of being the most-downloaded show on BitTorrent. While it didn’t reveal concrete numbers on just how often the show was illegally downloaded in total, the site added that people have downloaded The Walking Dead episodes “millions of times.”

The rest of TorrentFreak’s top 10 list includes several major shows that aired new episodes this year like The Big Bang Theory, Vikings, Titans, Westworld, and four different CW series. With the exception of Titans (which premiered this year), the top 10 are all repeats and come from more traditional TV networks.

While the report was first published on Dec. 26, 2018, it gained more traction this week after an official Walking Dead Twitter account shared a link to the report and added, “Always nice to be number one.”

Always nice to be number one https://t.co/kDaXNURGJl

This marks the first time that Game of Thrones, which had been on TorrentFreak’s list of most-torrented shows of the year since 2011 and had held the number one spot consistently since 2012, did not appear on the top 10 list. But that isn’t an indication that interest in Game of Thrones is wavering. All it does is highlight something that fans are aware of all too well: there wasn’t a single new Game of Thrones episode in 2018 to torrent. The show is more popular than ever, and despite its lack of new material, it ended up becoming Comcast’s most popular on-demand show of the year while it was Reddit’s second-most-popular TV subreddit.

(TorrentFreak also points out that just because the show isn’t on its list doesn’t mean that Game of Thrones isn’t being pirated at all.)

The Walking Dead may reign supreme now, but the tides are very likely to change in 2019. Game of Thrones’ final season is set to debut in April, and with one of the most-anticipated finales of the decade on the horizon (compared to another regular season of a long-running show), a lot of people will attempt to tune in no matter how legal the means are.