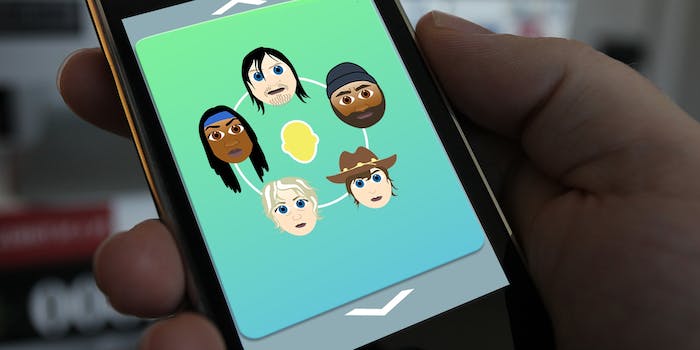 We built the ‘Walking Dead’ emoji you always wanted

Are you feeling badass like Michonne? Are you going crazy like Rick? Now you can say so with one emoji.

It may be low on Apple’s priority list, but we’re always on the lookout for new emoji to celebrate our pop-culture obsessions. And because the tech giant has been slow to build even some way overdue emoji, we’ve taken it upon ourselves to create the characters we want most.

After taking on Doctor Who last fall, we turned out sites on one of the most popular shows on television right now: The Walking Dead. 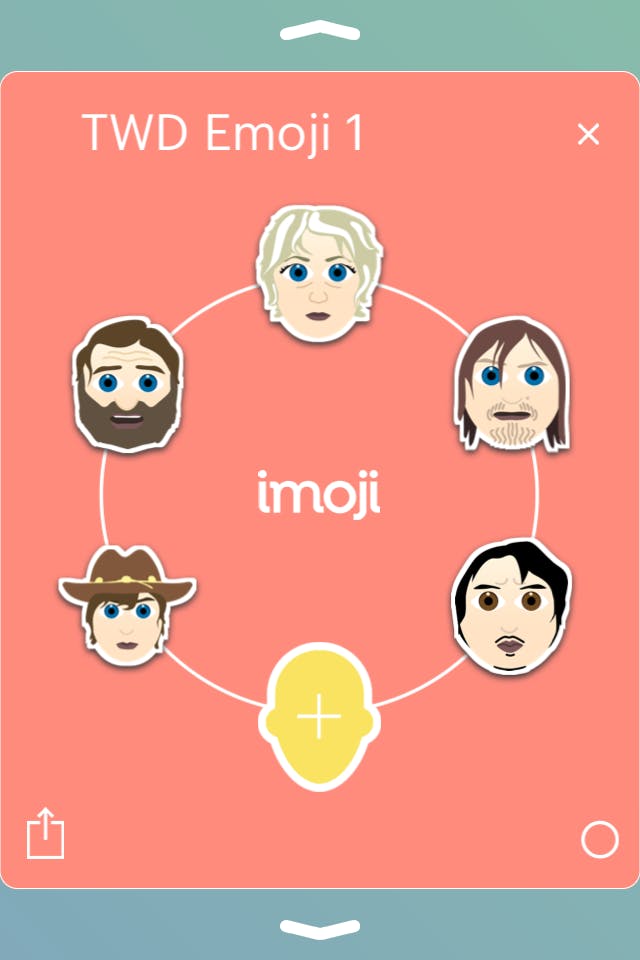 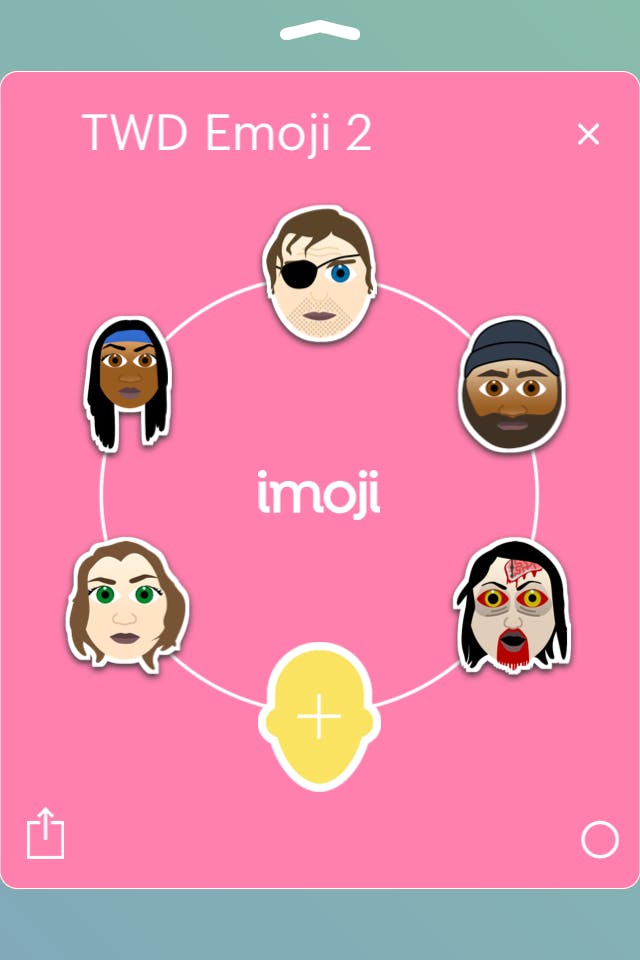 The characters on The Walking Dead won’t be able to use their own emoji with that whole zombie apocalypse thing—they’ve been forced to abandon smartphones for walkie talkies—but we can. With just a single picture or expression you can portray numerous messages and emotions, all without spoiling anyone on an episode.

The Walking Dead emoji are cool to look at, but if you want to actually use them we suggest downloading Imoji for iOS (we’re still looking for an Android equivalent, so if you know of one, send it my way). You can search for the emoji by character, but I’ve labeled them all as “twdemoji” so you can find them all in one place. Once you’ve found which emoji you want to send, select it and physically drag it to you desired mode of communication (e.g. text, Facebook, Twitter) to send it to anyone. Your friends don’t need an iPhone to receive the emoji. 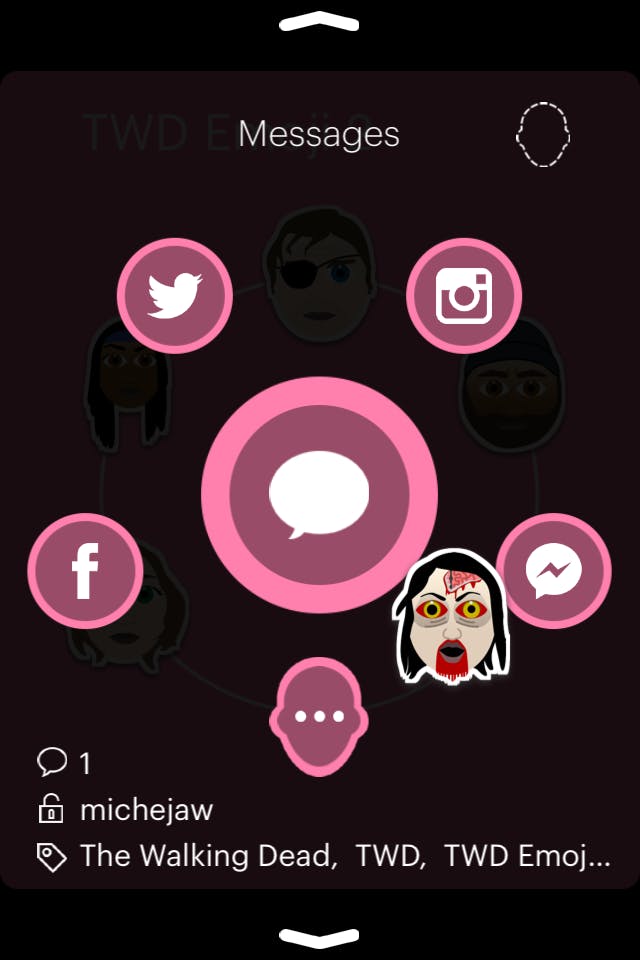 So when should you turn to your Walking Dead emoji arsenal? We’ve offered some possible situations when each character would be appropriate, but as with our Whomoji, your mileage may vary. 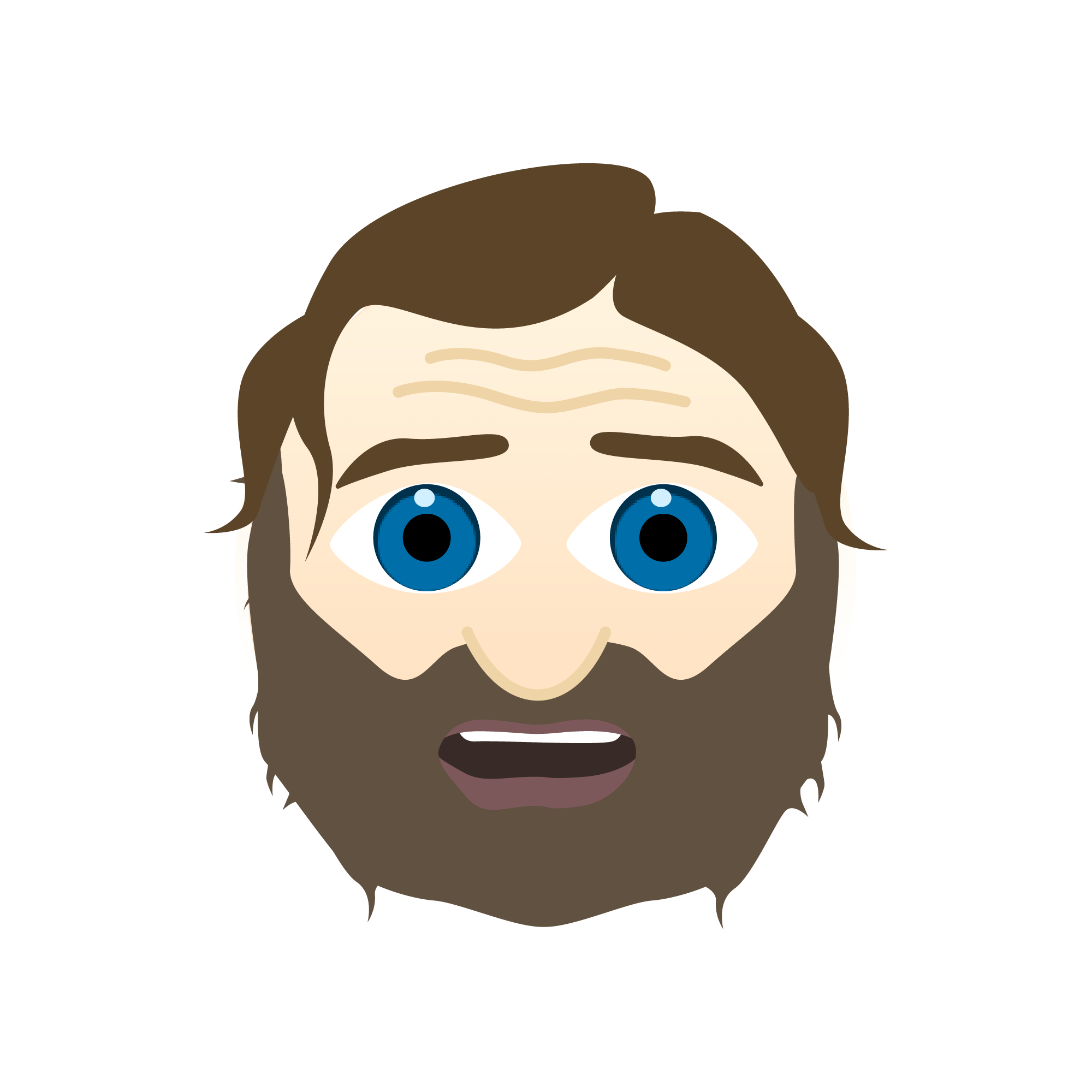 I enjoy making fun of The Walking Dead almost as much as I do watching it, which is probably why I love the “Stuff and Things” meme so much.

every time i hear or read "internet of things" i think of this meme.
"internet of stuff, Coral. THIIIIIINGS". pic.twitter.com/y9nN3ZjSNt

The Rick Grimes emoji looks like the living embodiment of that meme, and it wouldn’t surprise me one bit if it started shouting “Stuff Coral, things!” It’s as perfect for trolling as it is for shock factor when your next favorite character dies. 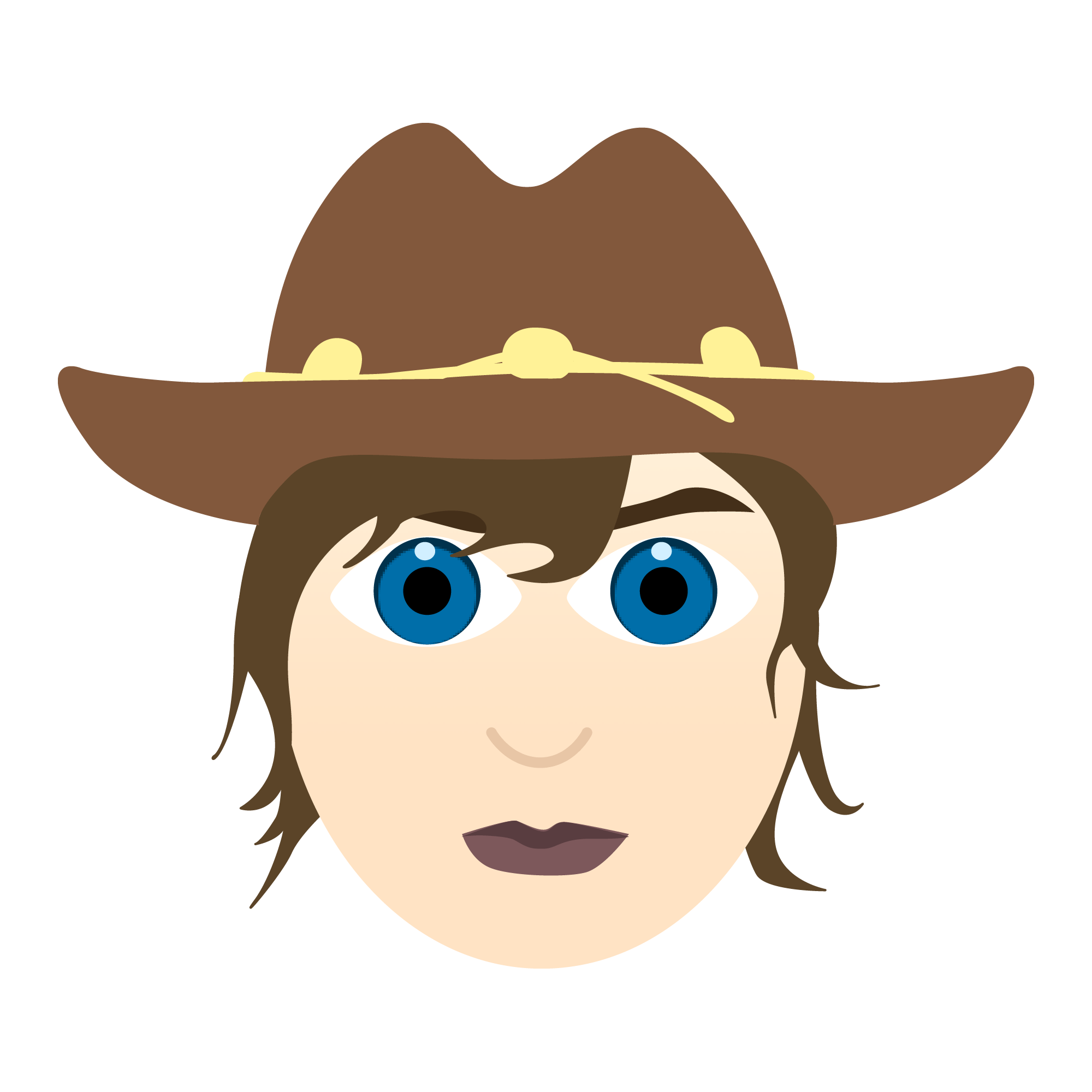 The days of using Carl Grimes as the perennial punching bag are long behind us since he’s become a more tolerable character, but it still doesn’t hurt to rag on him every once in a while or to invoke him when ragging on someone else. 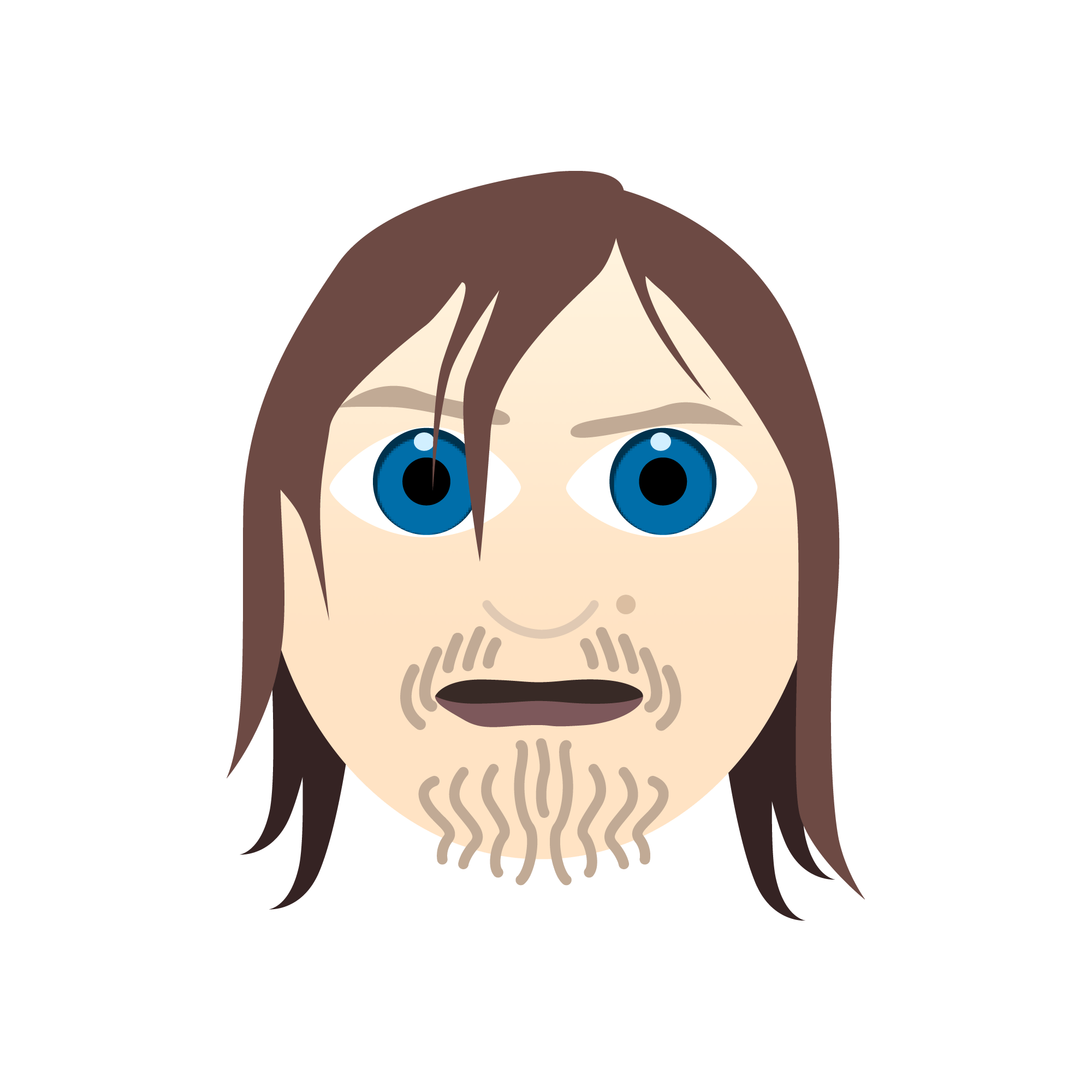 If a zombie apocalypse were to ever happen in real life, we can only hope that we’re as good a shot as Daryl Dixon. He manages to be badass no matter what he’s holding, whether it be a baby or a crossbow, and on the days you feel invincible it’s a perfect fit. 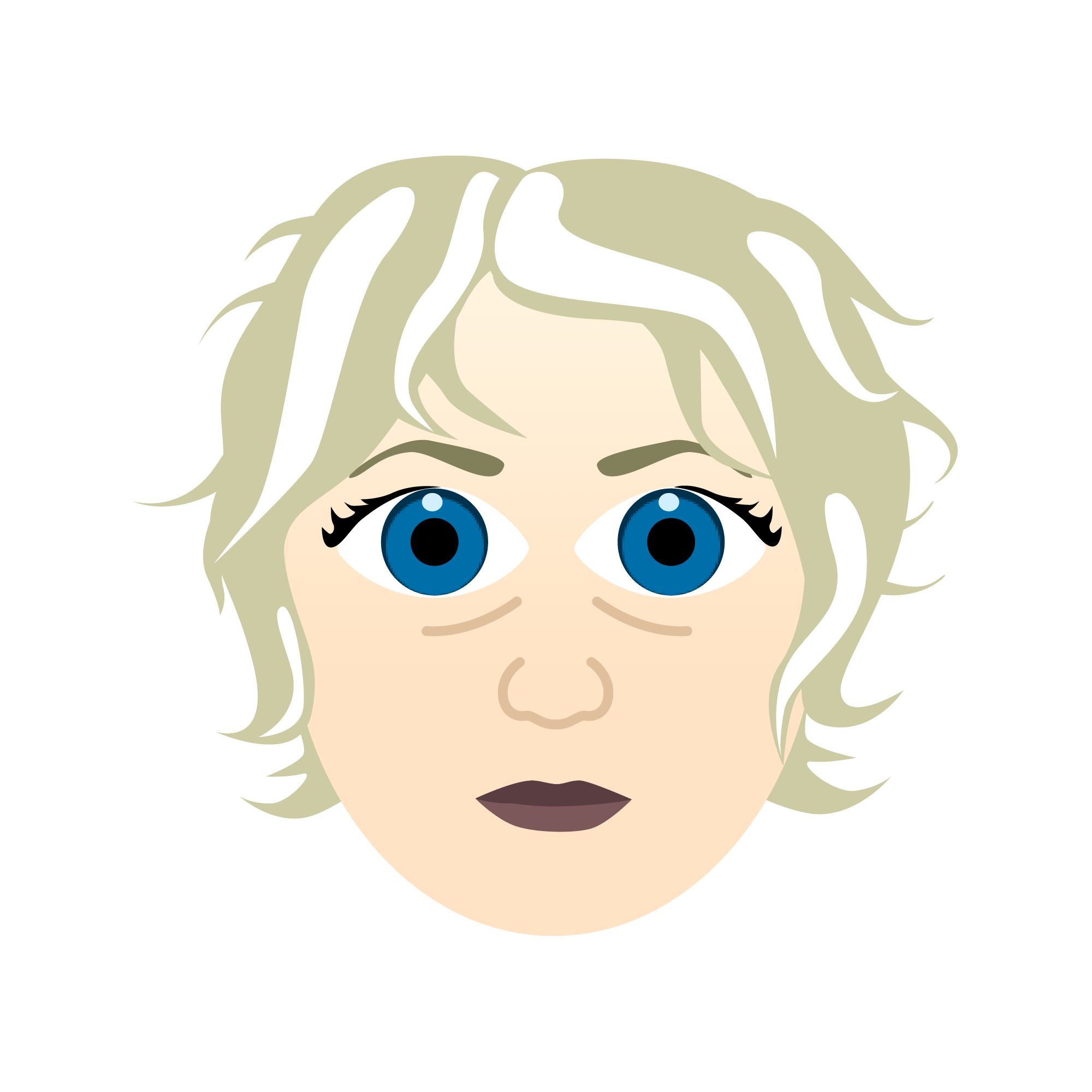 It’s because of Carol’s quick thinking that the group is still alive after being held captive by Gareth and his fellow cannibal Hunters in Terminus. And if you think about it, she’s one of the main forces holding everybody together for a good couple seasons now (you know, except for the whole “killing Karen and David for the greater good” thing). She’s got this situation, and so do you. 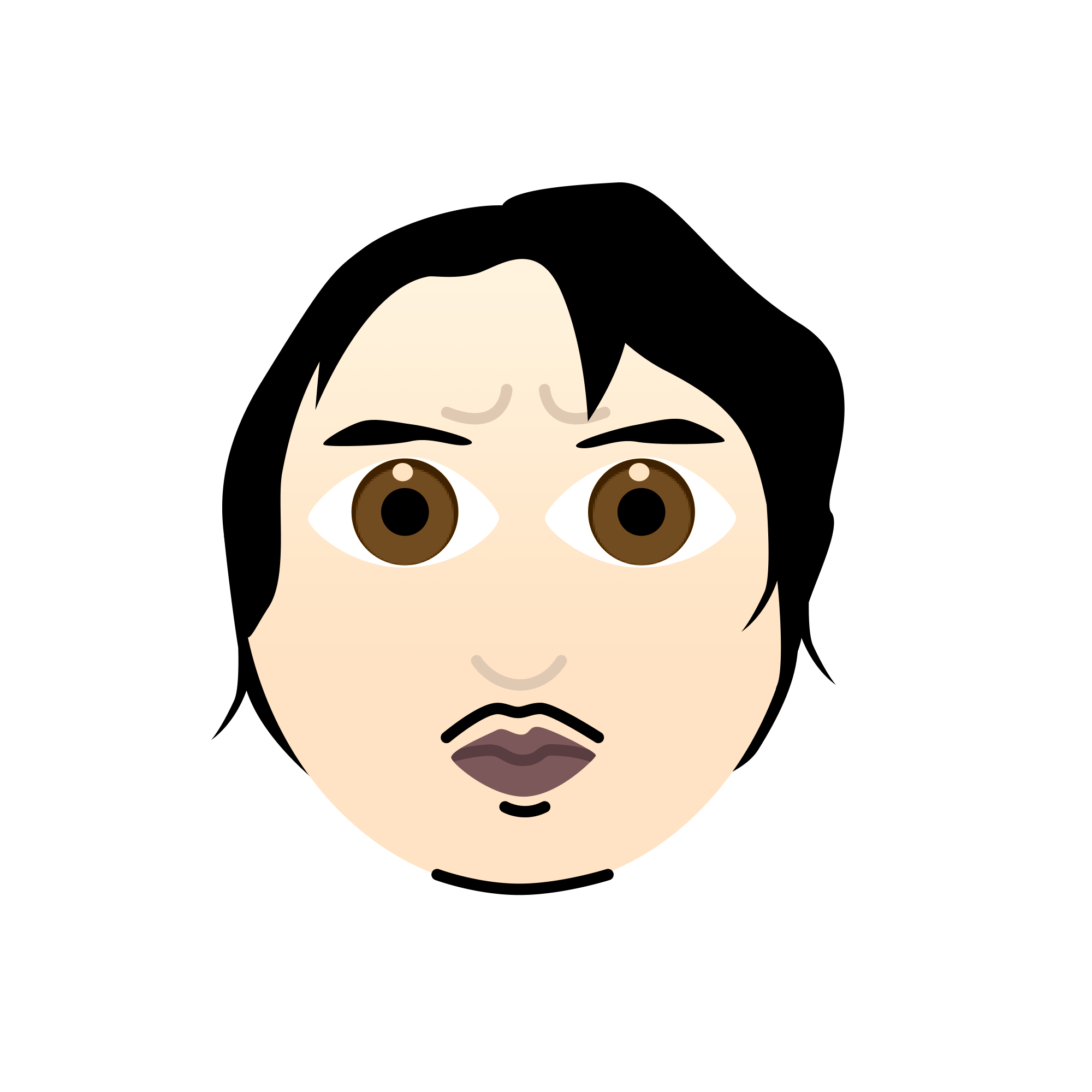 When we first met Glenn Rhee, some thought he’d die pretty early, but he’s managed to come into his own and earn the group’s respect. He’s vital to the group’s survival, even if they’re not exactly the best at showing their appreciation. Give someone the recognition he deserves (but may not always get) with Glenn. 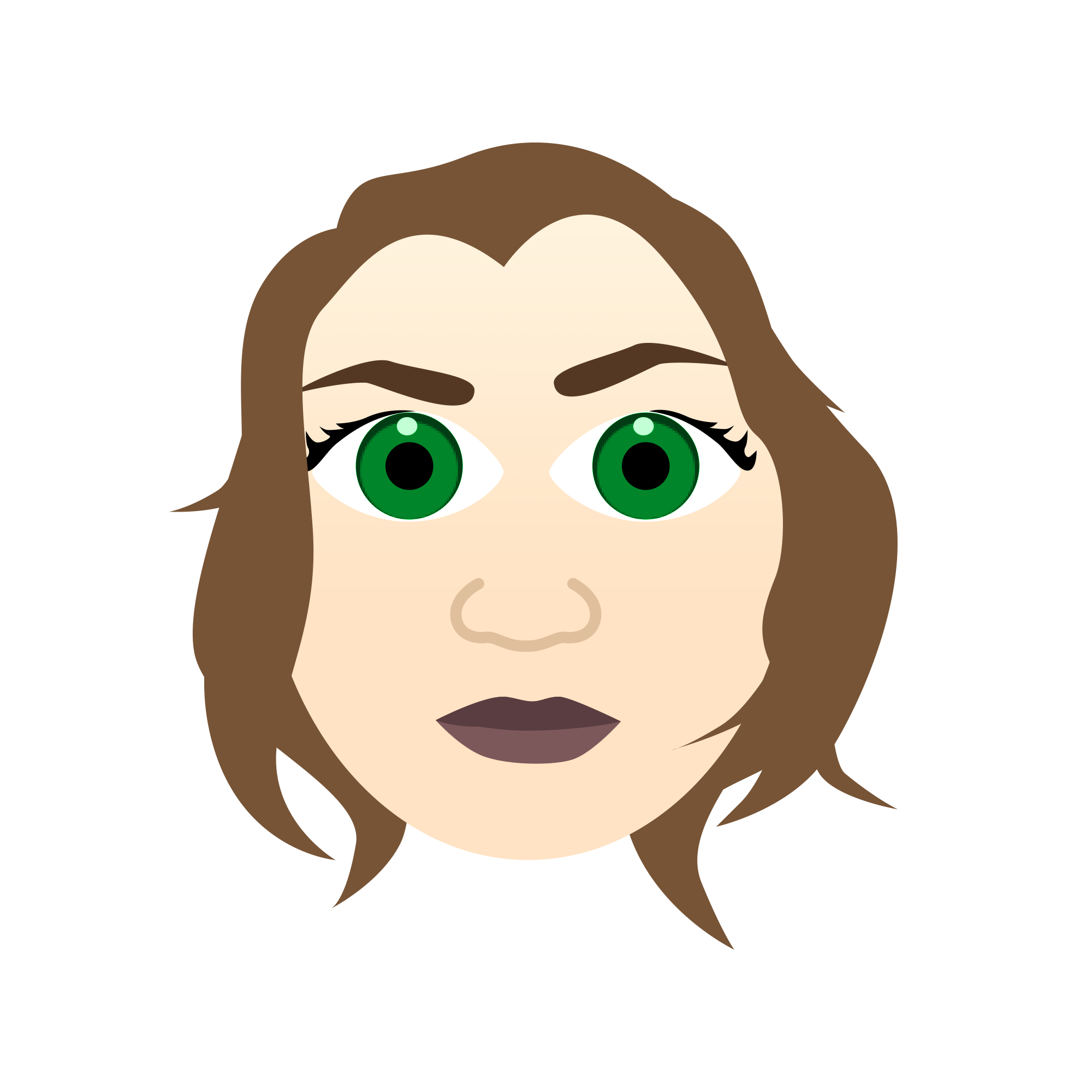 She lost both her father and her sister in a short period of time, so we wouldn’t really be able to blame Maggie Greene if she flipped a table over and said, “Screw this shit.” But she presses on anyway and is one of the more reliable members of the group, even when the men are rendered emotionally incapable of functioning. She’s good way to signal “Yeah, I still have this” when things seem bleak. 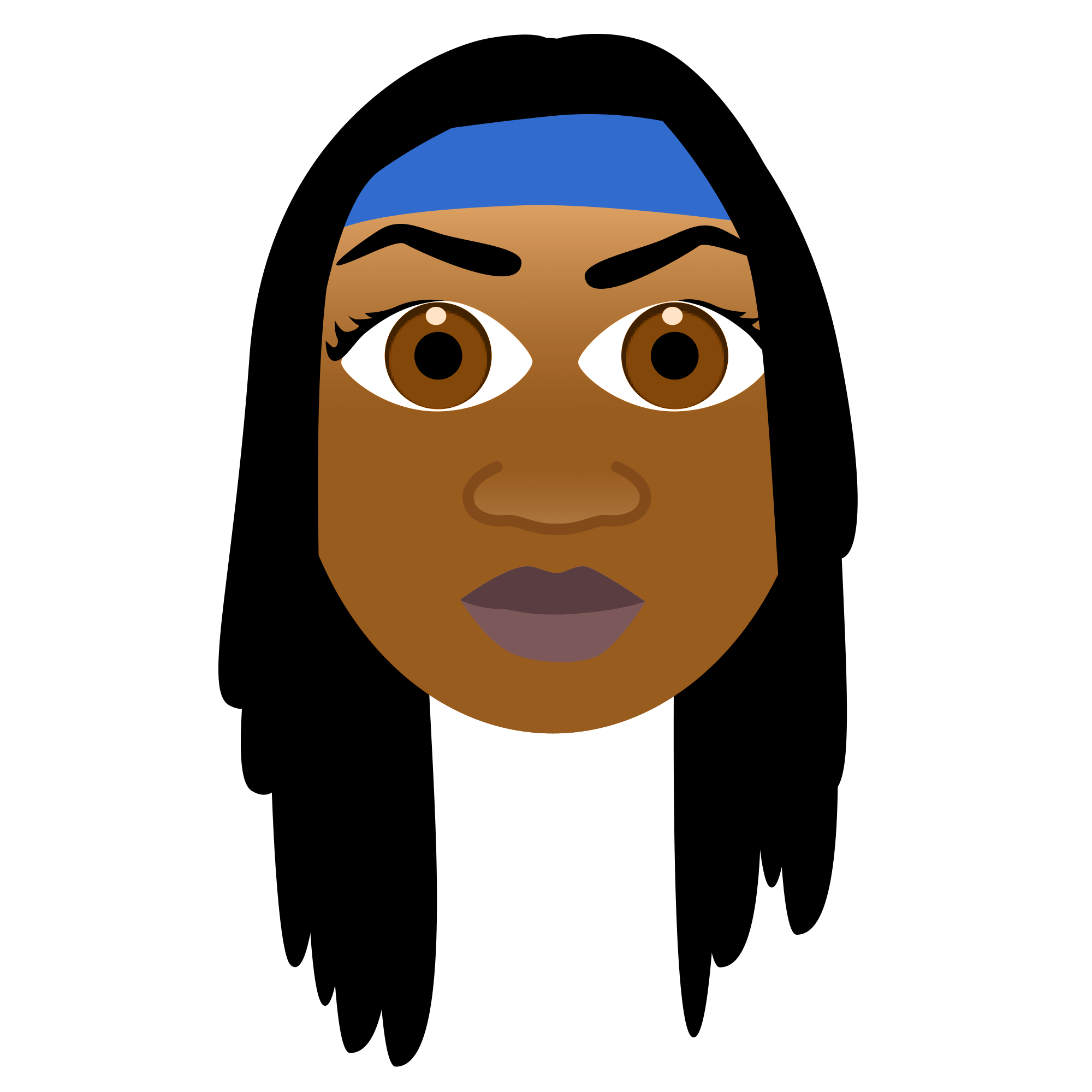 Michonne’s been a fan favorite ever since she and her Walker bodyguards entered our lives, and it’s not just because of her skill with a katana. She’s warmer and friendlier towards her new family, but you still don’t want to fuck with her. Both of you mean business. 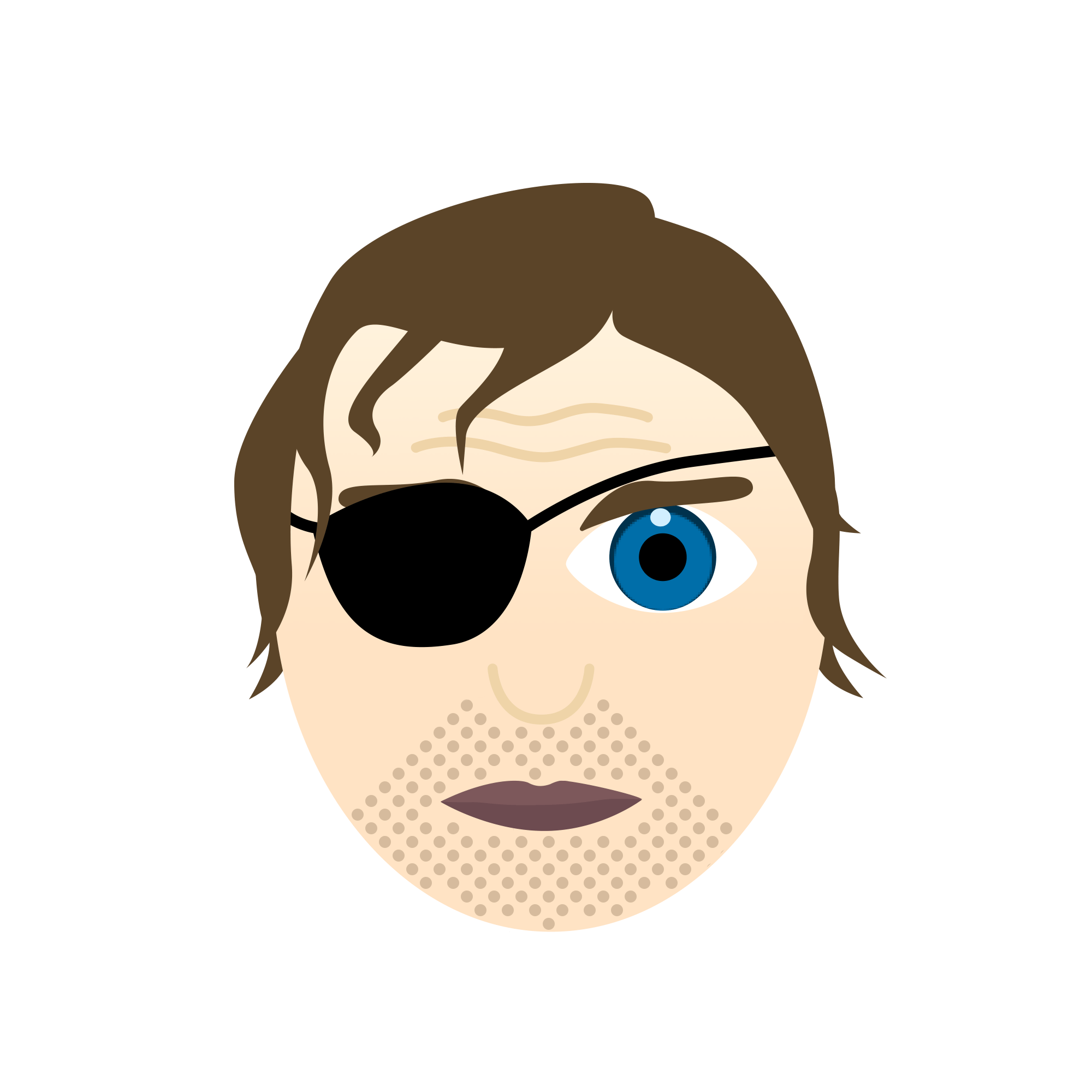 There have been plenty of villains on the show, proving that the Walkers are the least of the group’s worries, but with an eyepatch and a memorable performance from David Morrissey, he’s pretty much the face of pure evil. 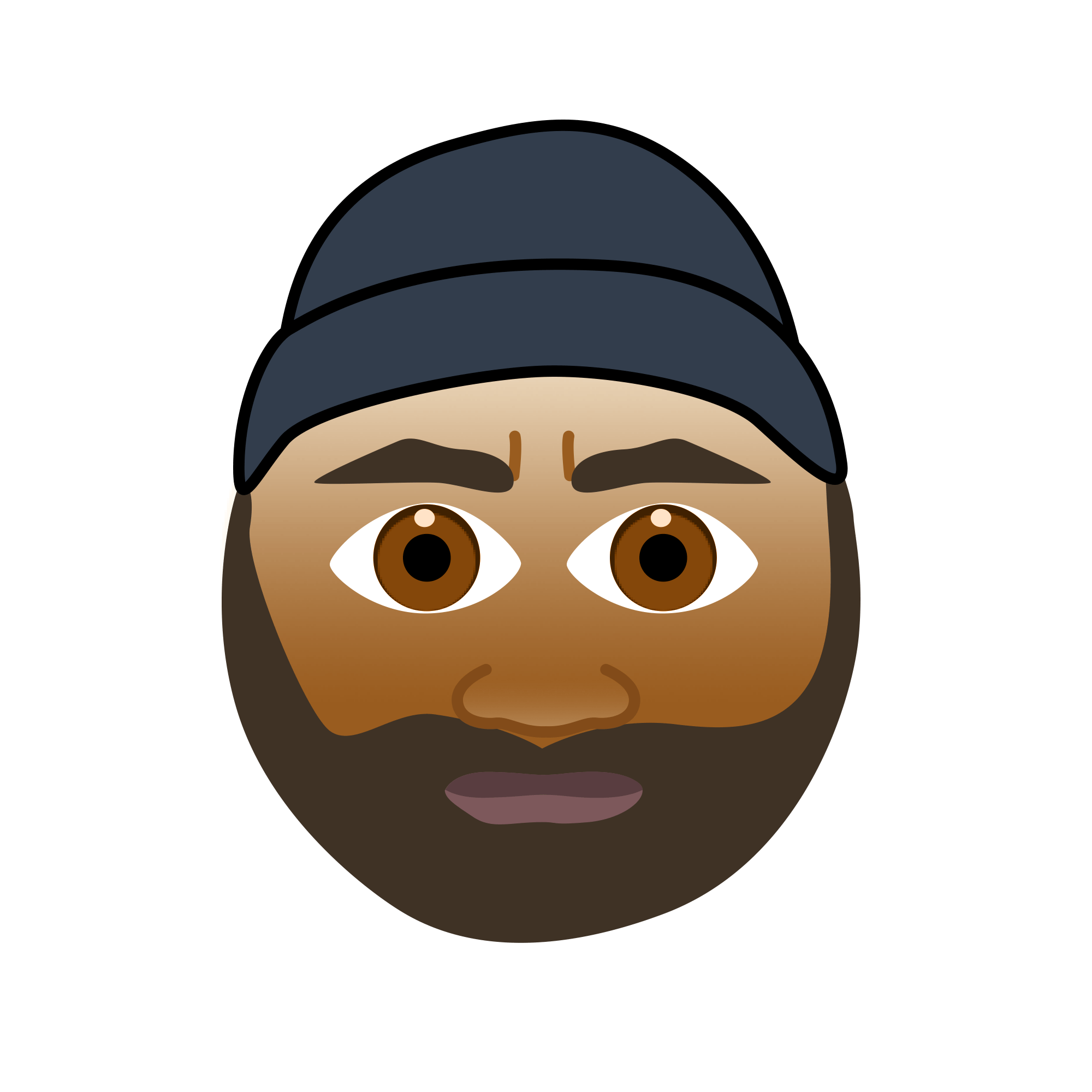 We’re sure going to miss this guy. At first glance Tyreese may seem intimidating, but he’s really just a big softie. Does somebody need comforting? Just send them this and hopefully they’ll imagine him giving them a hug. 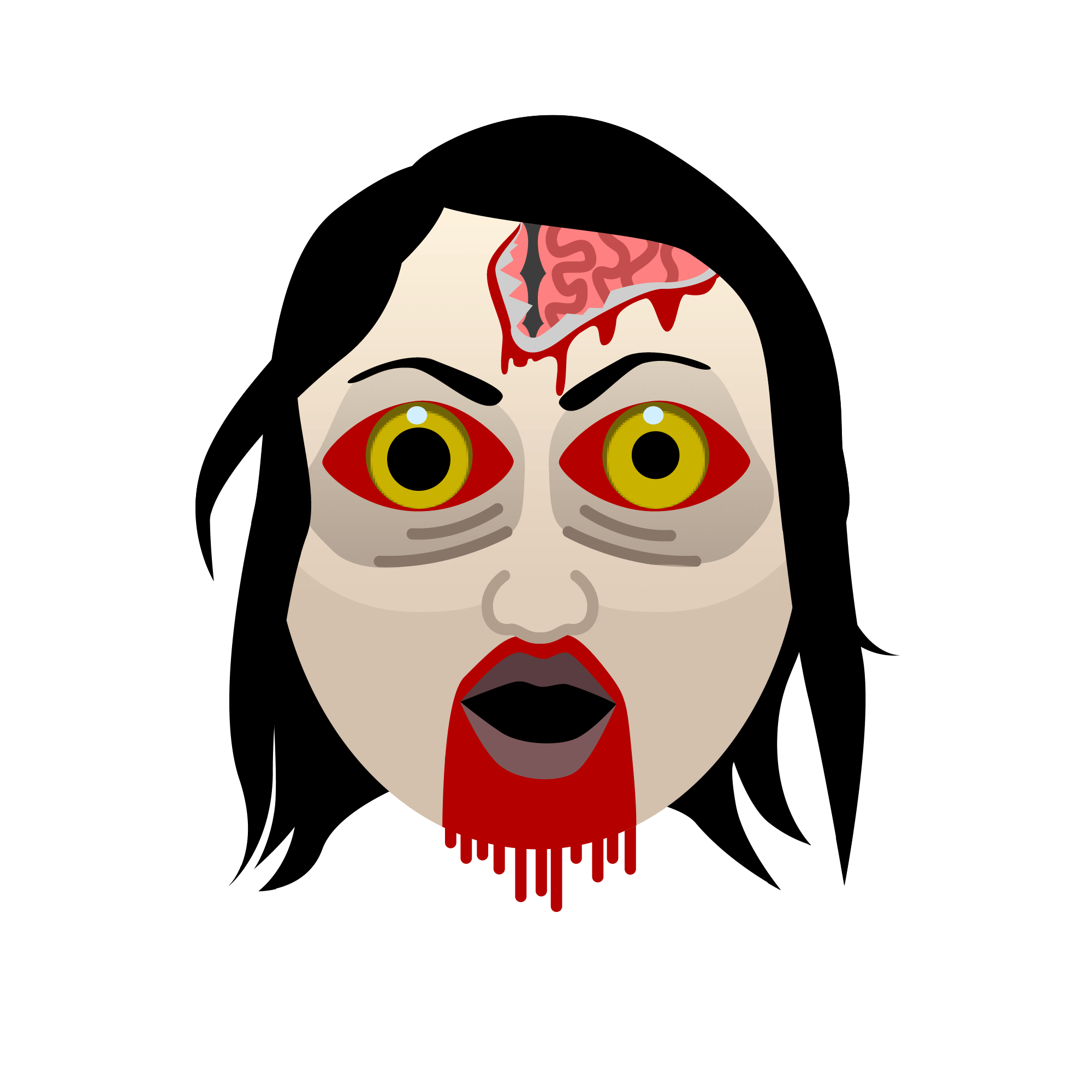 The great thing about an actual zombie emoji is that the possibilities are endless. It’s perfect for signifying how you feel after a Netflix binge, too little sleep, a power-writing session, partying a little too hard the night before, or, of course, an actual zombie apocalypse.