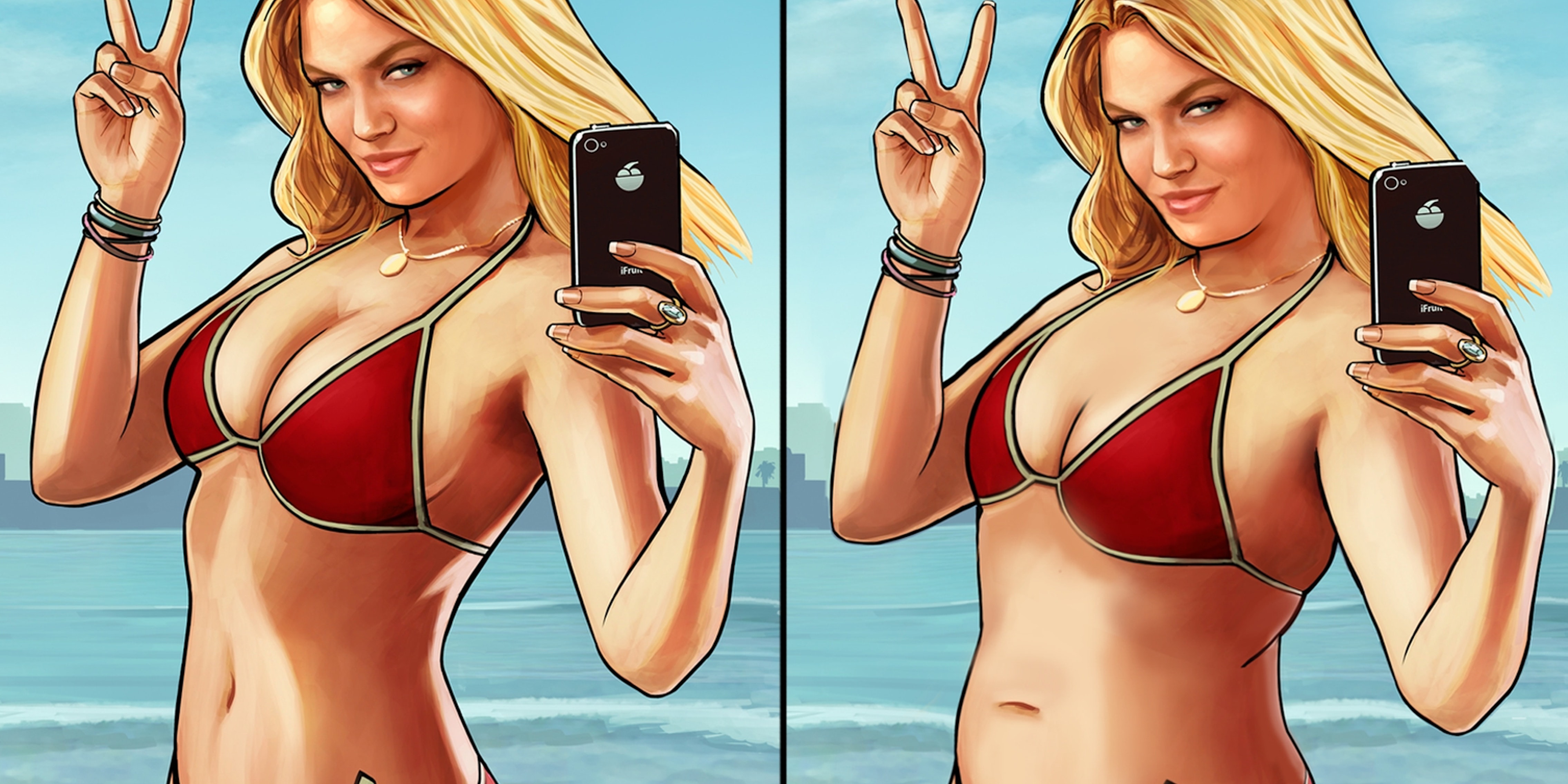 Here's an easy way to make games look better than ever.

You’ve never seen the iconic women of gaming like this before—and that’s a problem.

The website Bulimia.com has taken on a new foe in its battle to prevent eating disorders: the gaming industry. Faced with notorious depictions of scantily clad women in games like Grand Theft Auto, the website has decided to illustrate the ugly truth behind these fantasy girls: the fact that most of them would be underweight and distorted in real life.

Note: Images and discussion of eating disorders below may be triggering to some readers.

In a new series, the website has Photoshopped images of iconic characters like Lara Croft to give them realistic proportions. The differences are immediately startling. 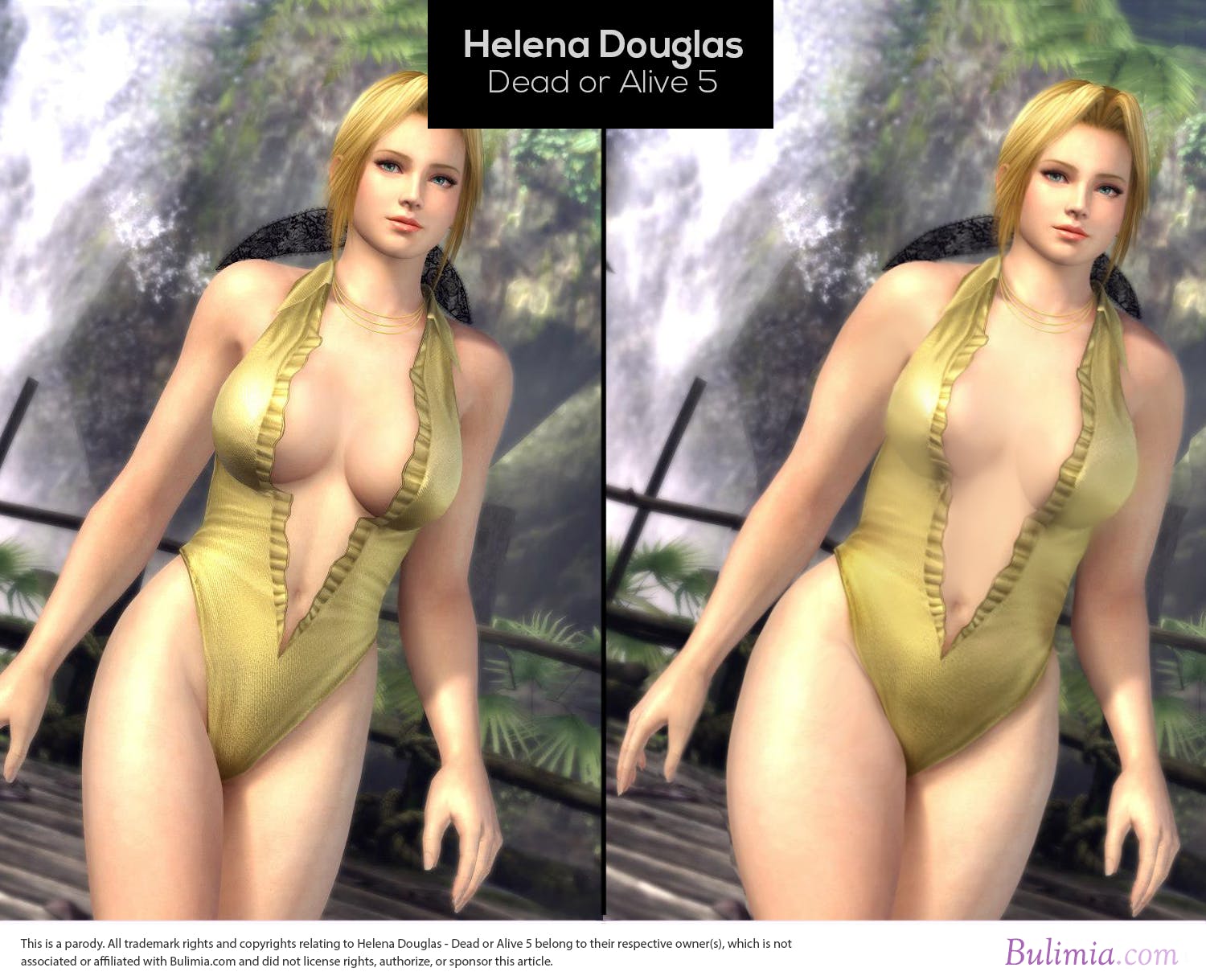 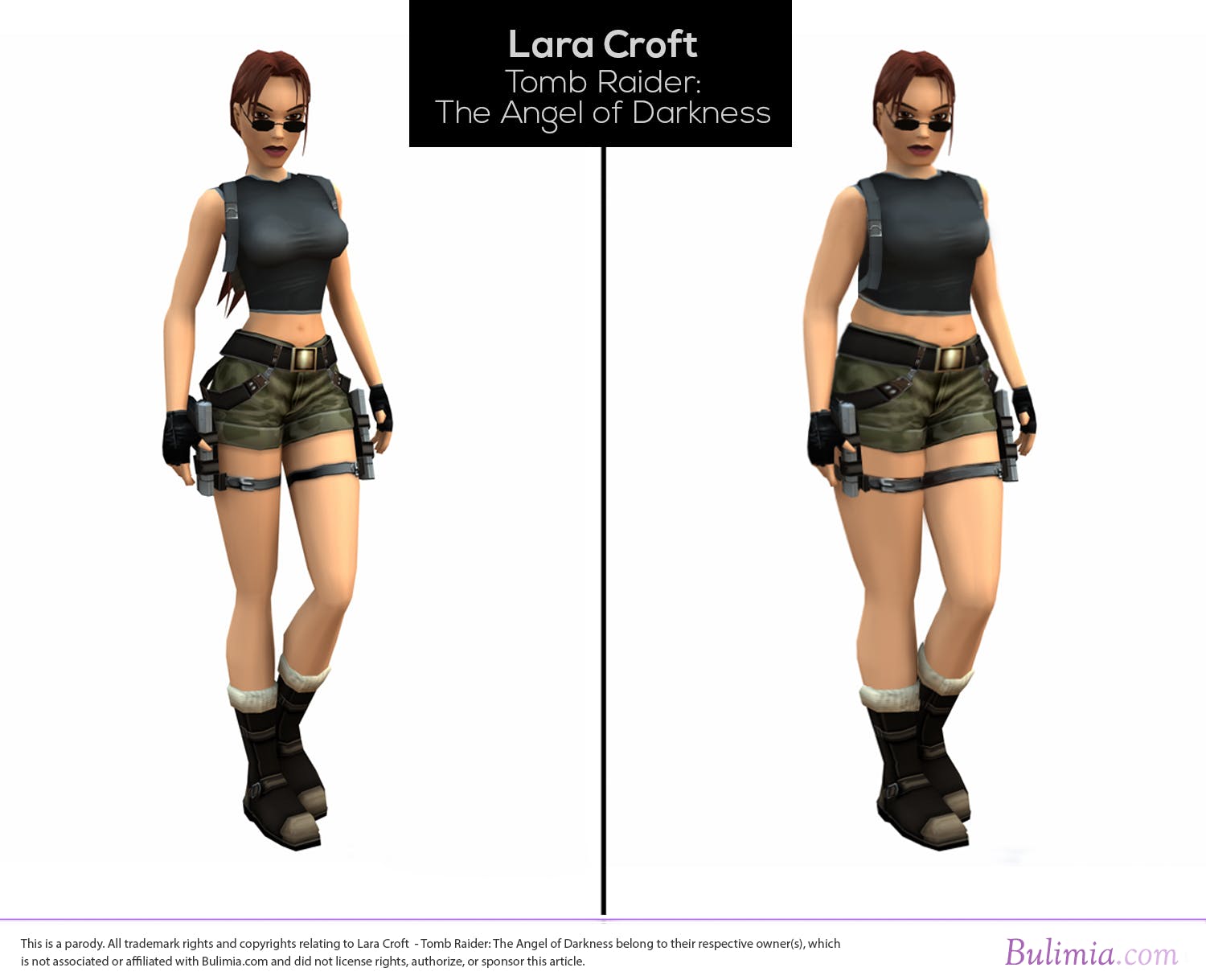 “The difference between the original video game heroines and their more realistic interpretations is hardly subtle,” the website’s staff wrote in a scathing conclusion. “In these images, unfeasible waistlines expand and arms and legs grow wider. Perhaps the changes are especially noticeable since most of these characters are so scarcely dressed.” 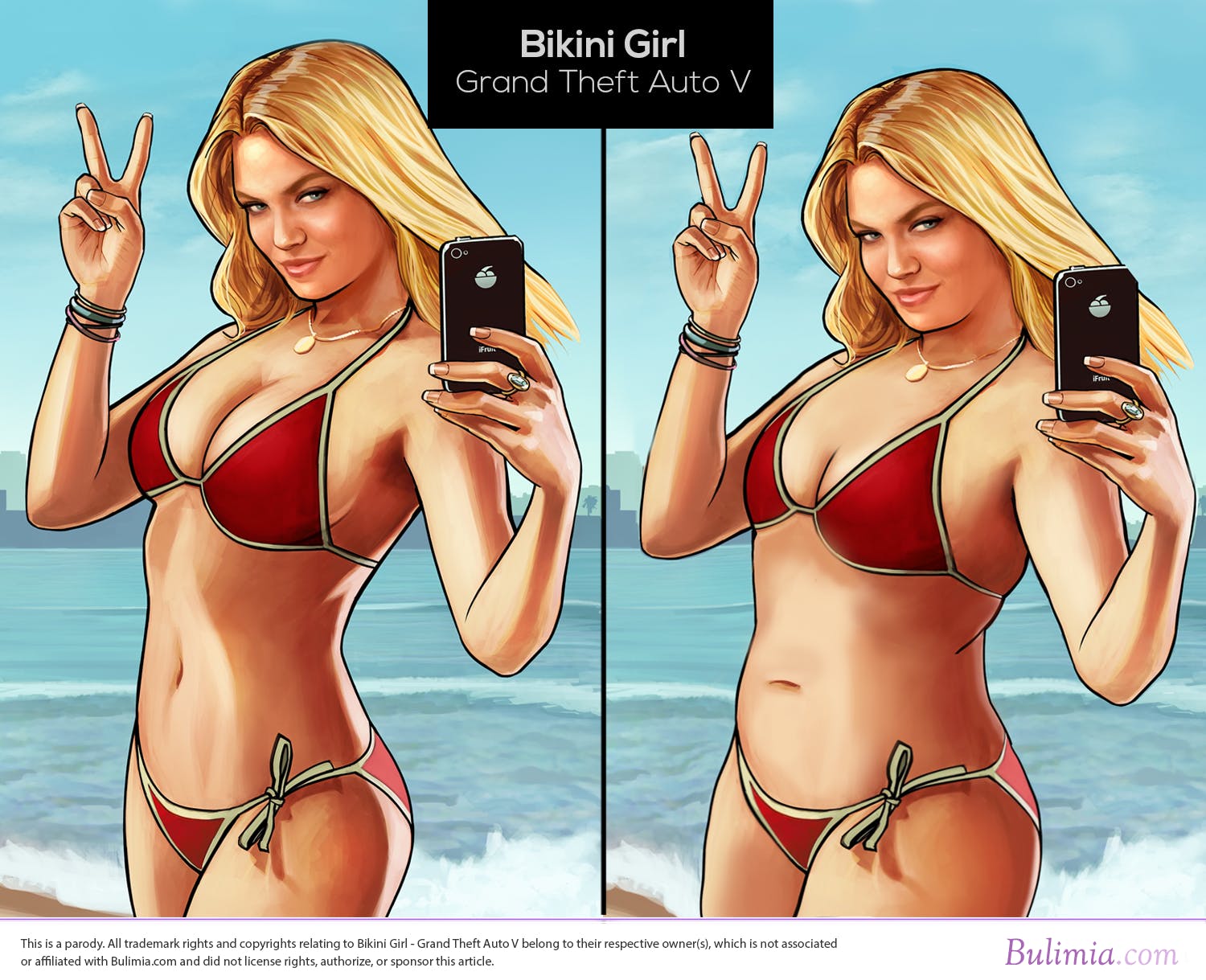 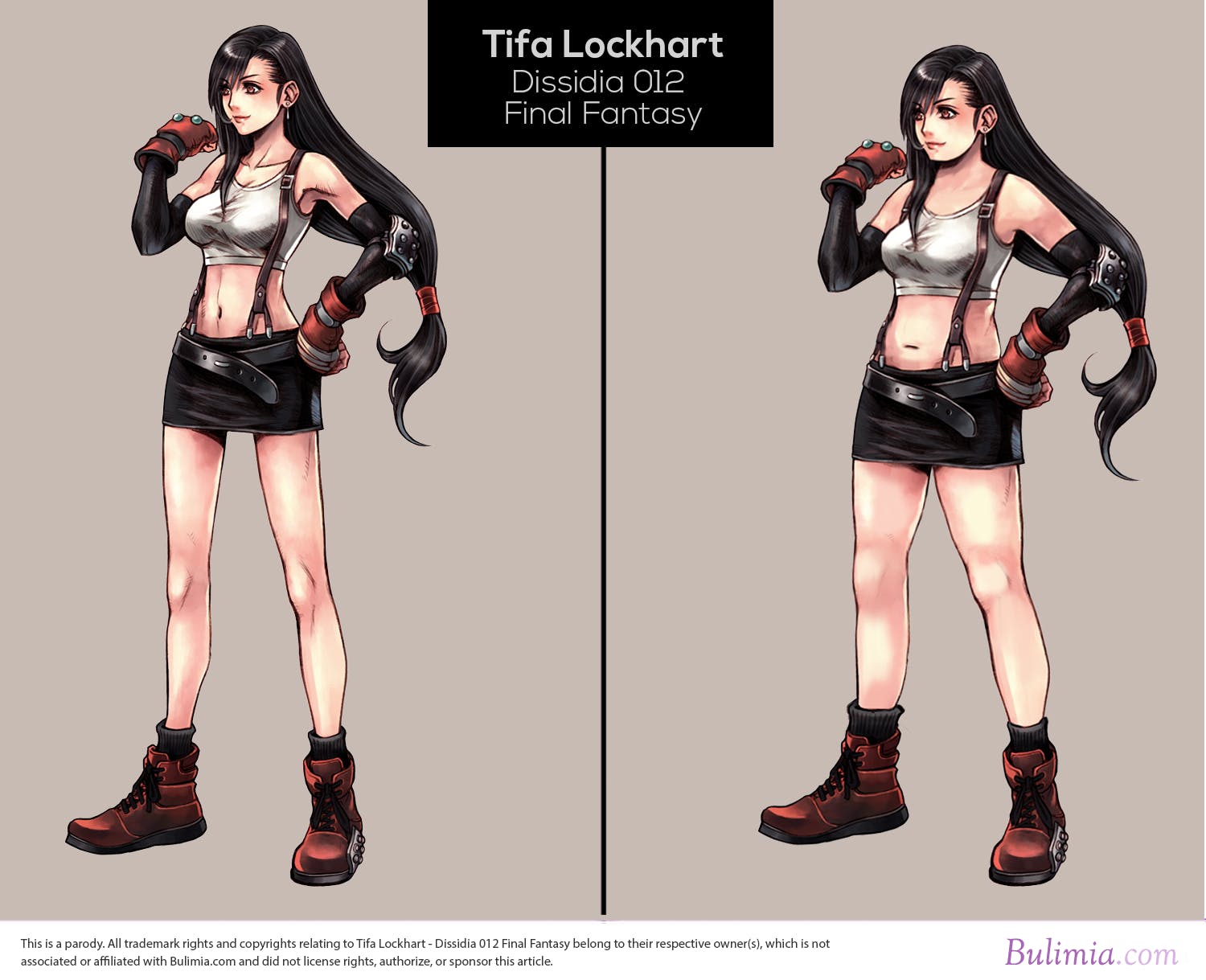 The website pointed out that the characters’ ultra-slim waistlines and disproportionate cleavage were nearly universal throughout the industry. Not even classic characters like Nabooru escaped unscathed. 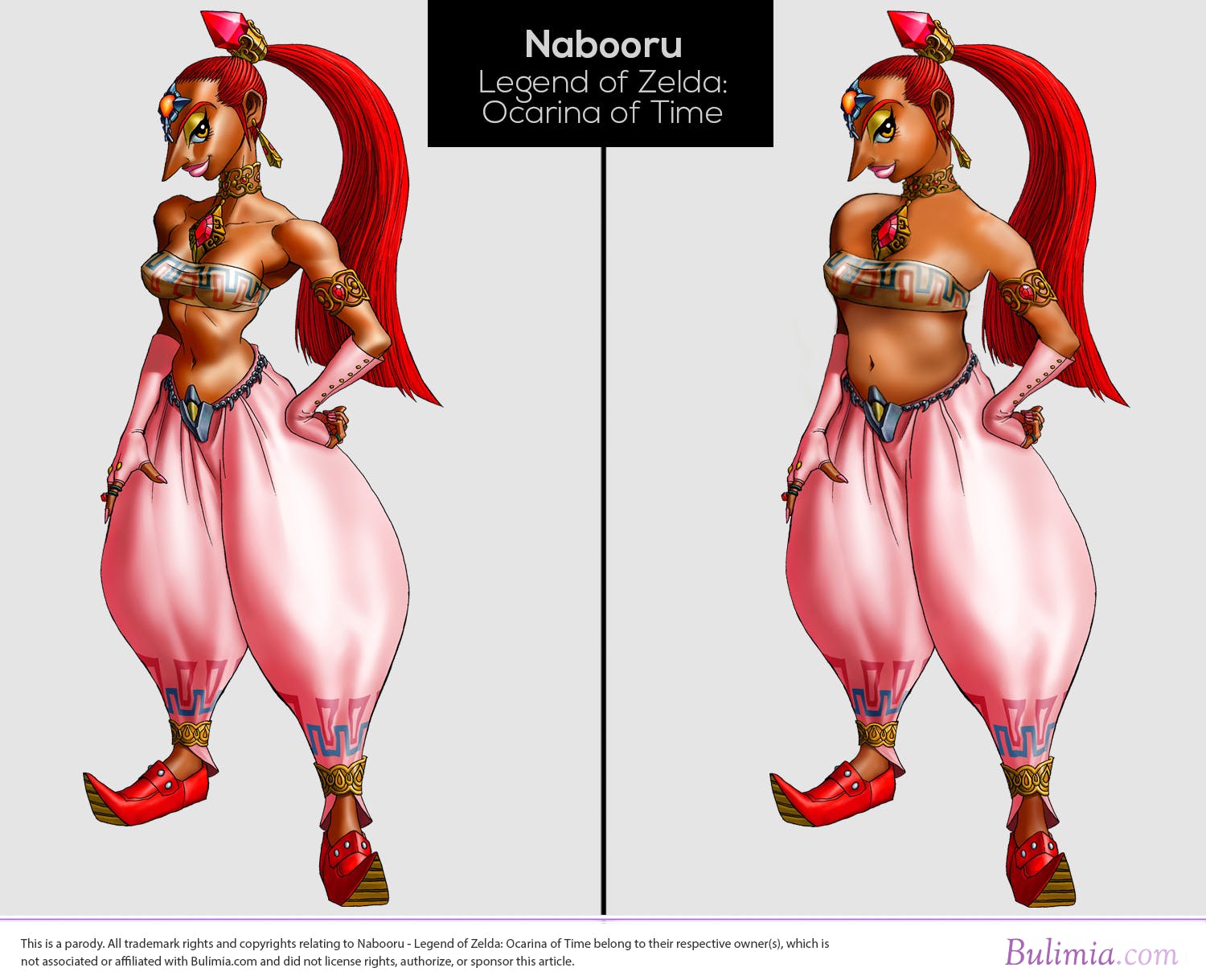 Above all, Bulimia.com reminded us that the effects of these depictions of the female body in games can be devastating for women who play them.

Girl gamers – especially young ones – could develop a skewed image of how the female body should look. This might mark the beginning of obsessive thoughts about their own bodies, and self-questioning as to why they don’t align with their perceived ideal. When dangerous, compulsive eating behaviors develop alongside of these negative obsessions, young women can quickly find themselves struggling with an eating disorder.

In other words, what starts out as gaming culture’s sexual fantasy of an unrealistically designed Jade could ultimately end up being a real teenage girl’s mortal combat. 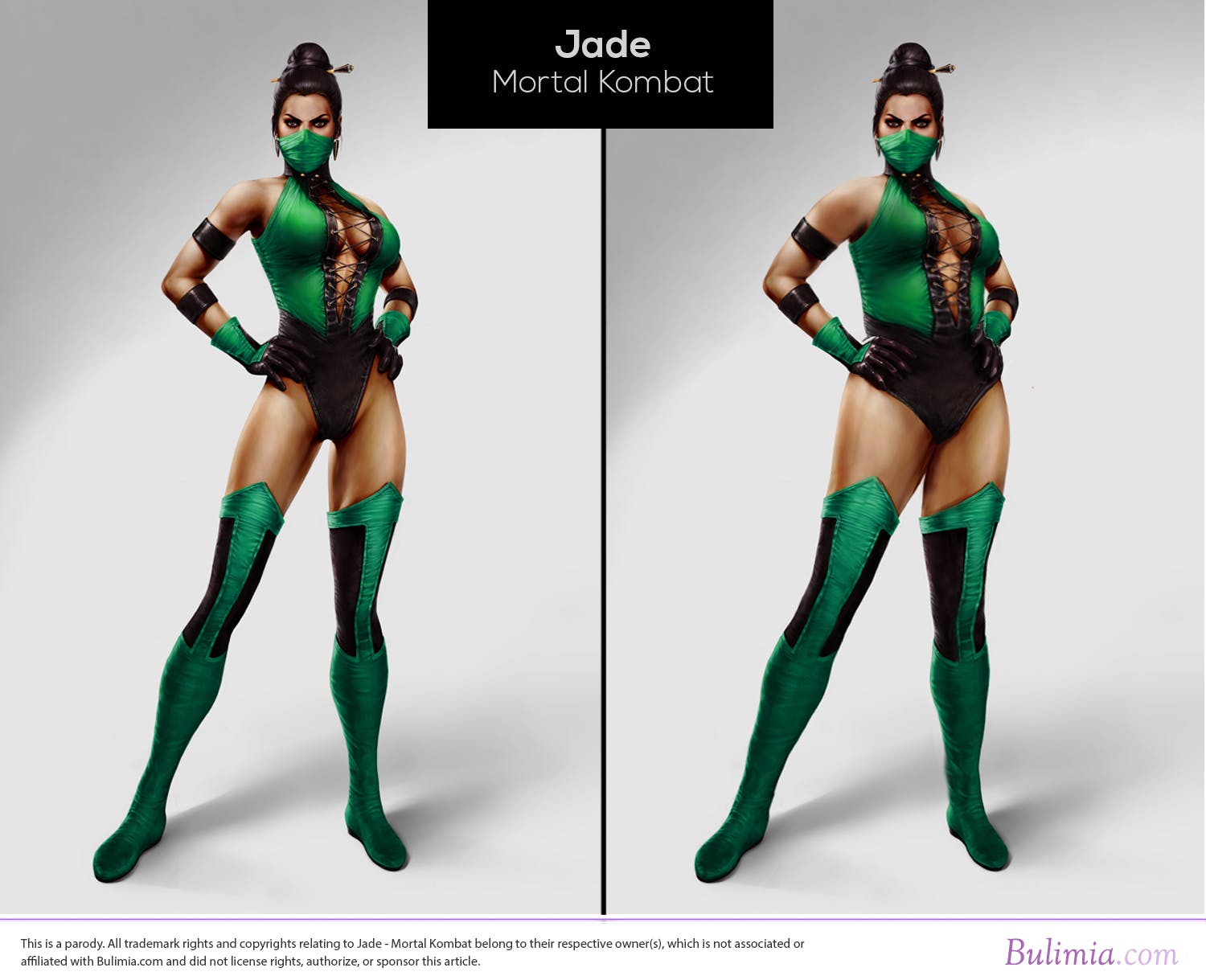 You can see the rest of the series, and read about the conclusions of the experiment, at Bulimia.com.

If you are struggling with an eating disorder, please contact the National Eating Disorder Helpline at 1-800-931-2237.