These titles have huge potential.

We love games with big ideas, fresh mechanics, and piles of retro pixels.  Here are five titles that we’re keeping an eye on, and you should too. All of them are still in development, and we’re excited to see how they take shape. 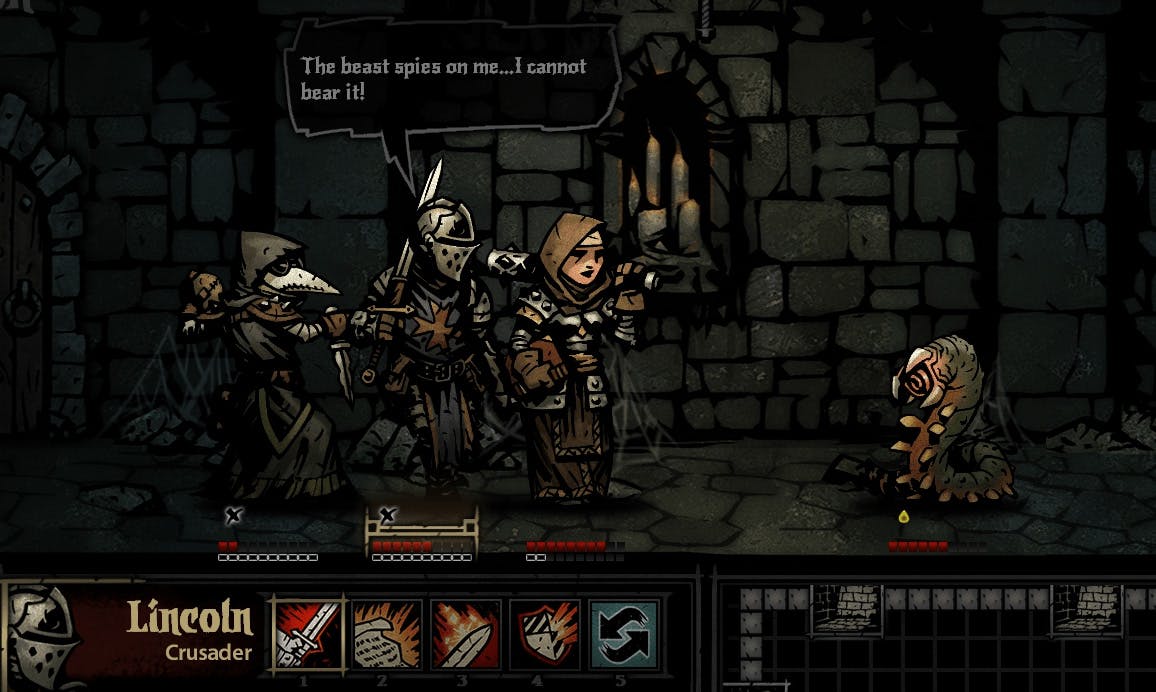 The first on our list is Darkest Dungeon, a turn-based roguelike RPG. That means the levels and challenges are randomly generated, and death is permanent—when you die, you’ll have to start over.

Two things distinguish this game from the many, many roguelikes on the market today: a Gothic, hand-drawn art style, and its focus on the psychological stress of dungeon crawling.

Sure, you’ll fight terrifying monsters and avoid nasty traps, but the biggest challenge will be maintaining the mental health of your rag-tag adventurers. Positive and negative stimuli will change your characters’ moods, motivations, and sanity. If pushed too far, party members will start to freak out, descending into madness, frustration, even alcoholism. It adds a fresh layer of strategy to a tried-and-true RPG formula.

Darkest Dungeon is still in development, but you can play it now on Steam Early Access.

The ’90s-era Descent games were masterpieces of zero-gravity, free-flight, corridor blasting action. Smart enemies and twisty, complex level design left many players hungry for more. But there hasn’t been a worthy successor in nearly 15 years.

The concept of gunship corridor combat has been updated with a few modern game mechanics: procedurally generated levels, permanent death, craftable weapons, and Oculus Rift support, for maximum motion sickness. The game was built as part of the Ludum Dare design competition, and you can play the early version on the web.

We’re definitely keeping a close eye on the commercial release, which is scheduled for summer.

That all sounds fun, but perhaps the most interesting promise from the developer is a complex ecosystem of monsters. They’re not just out to kill you. Some monsters will snatch power-ups and run away before you can get them. Some will only attack other creatures. You can use the corpses of slain enemies to distract bigger foes. If these interactions end up having a meaningful impact on the gameplay, we could be looking at much more than a hack-and-slash adventure. Keep an eye on this one.

In a post-apocalyptic alien world, bone-crushing rain makes life as we know it impossible. A few intrepid creatures, like this Slug Cat, have been able to survive.

In between the storms of Rain World, you’ll have to hunt for food to survive—without becoming food yourself. Slither, glide, and leap to avoid creepy pixelated predators in this wasteland platformer. The eerie alien landscape and feisty 2D creatures evoke an air of Metroid, and that’s certainly fine in our book.

Beyond the retro art style and unique premise, the animation is really what caught our eye here. According to the developer, creature movement is not based on repeating sprites, but code responsive to physics. The environment and your actions lead to a fluid style you don’t often see in these types of games. 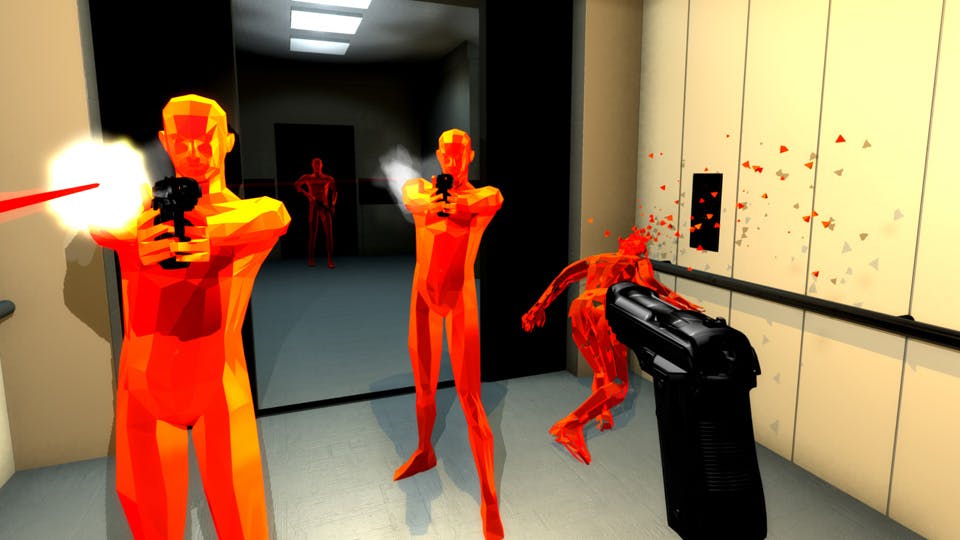 Love first-person shooters, but don’t have the lightning-fast reflexes you used to? SUPERHOT might just be your jam.

The core mechanic here is that time only moves when you move. Stand perfectly still, and you’ll have all the time in the world to plan your next move. Plan wisely or risk boxing yourself into a corner.

It looks sexy, minimal, and fans of the prototype have put up money to match the excitement. The project was quickly greenlit on Steam and raised $250,000 on Kickstarter last year. We’re looking forward to testing the finished product this summer.