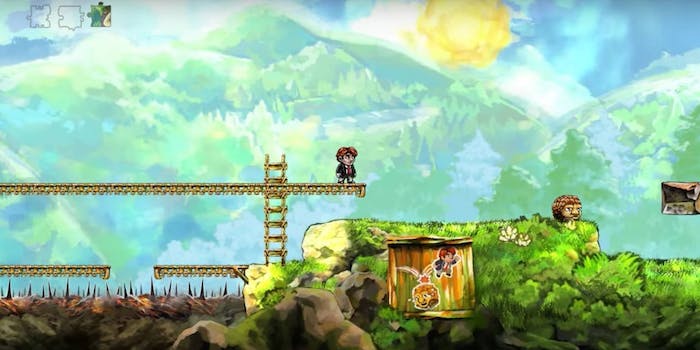 8 of the best video game soundtracks to enjoy on Spotify

Here's your map to all the treasure chests.

Yesterday we told you that Spotify launched a brand new channel dedicated to video game music, which is pretty exciting if you are a gamer. In fact, the selection is so plentiful it’s a little overwhelming. If we were in a game, in fact, a little old man in a cave would be waiting for us with some guidance.

To make your exploration of this new channel a bit easier, we’ve teased out some of the best video game soundtracks available on Spotify for you to enjoy. You can also browse the full lot here.

1) Sword & Sworcery LP: The Battle of the Space Babies

Sword & Sworcery is a mysterious game, and one that doesn’t feel the need to lead the player by the hand through its curious worlds. Its soundtrack is perfectly tuned to such an atmosphere, and simply lovely music all on its own. Composer Jim Guthrie has a voluminous back catalog as well, so go have a peek if you enjoy this one.

If you want a reason to return to 1988, listening to the Mega Man soundtracks will transport you there promptly. This collection is the second in a series and revisits stage themes for all your favorite baddies from several of the series’ incarnations, including the NES and PlayStation titles. Aren’t chiptunes savory and delicious?

Even if mobile games aren’t your thing, you’ve probably at least heard of Monument Valley. The M.C. Escher-inspired puzzler won a slew of awards in 2014 for everything from design to audio. Its minimal, ambient soundtrack is worth listening to when you want to revisit the game’s elegant worlds, or just as background music to your day.

4) Scott Pilgrim Vs. The World: The Game

Composed by chiptune masters Anamanaguchi, Scott Pilgrim vs. The World: The Game was destined for greatness before it was even released. It helped to be paired with a long-beloved comic book franchise, but the soundtrack took on a life of its own thanks to fans. It’s the perfect music when you’re ready to kick the day’s ass.

Jonathan Blow’s famous puzzler Braid sucked fans into its surprisingly immersive world 2008 when it was released for a number of reasons. The score was one of them, dabbling in contemplative violin sonatas and perfectly fitting itself to the game’s thoughtful journey. Created by composers Sieber, Kammen, Fulton, and Schatz, Braid‘s music transcends the boundaries of the game and stands on its own.

After winning one award after another for his soundtrack for the acclaimed video game Journey, composer Austin Wintory wanted a way to envision its score differently. Transfiguration was the result, which takes six of the compositions from the Journey score and reinterprets them using the piano. A must-listen for fans of the game, as well as those that follow Wintory’s excellent video game music career.

There’s no better way than to relive the journey of where Mass Effect began than by listening to its powerful score. Composed by Jack Wall and Sam Eulick, this symphonic masterpiece will bring you back to the Normandy in a single instant. Hopefully indulging in the music will help you forget all that disappointment over Mass Effect 3‘s ending.

8) Everybody’s Gone to the Rapture

Composer Jessica Curry’s score for Everybody’s Gone to the Rapture was notable for two reasons: One, it accompanied one of the most unusual and tender video games of 2015, and it was one of the only pastoral video game soundtracks ever made. Considering that Curry won a total of 27 awards for her haunting score, you might want to check it out.