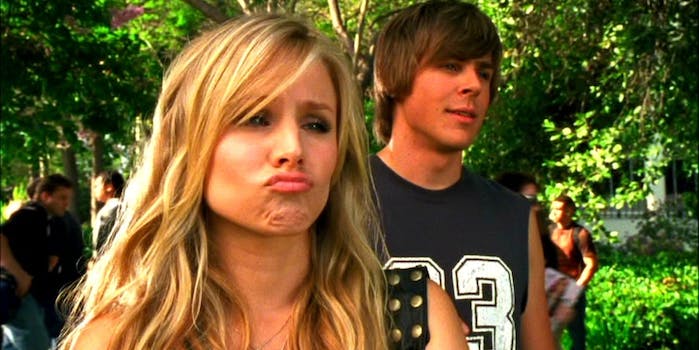 Flixster problems are keeping 'Veronica Mars' backers from seeing the movie they paid to make.

The Veronica Mars movie may have done impressively well at the box office this weekend, but many of its Kickstarter backers were left out in the cold.

While regular customers were able to watch the movie in theatres or buy it from various video on demand sites, many Kickstarter backers had pre-paid to receive a digital copy as one of their funding rewards. Unfortunately, Warner Bros. decided to distribute the digital downloads via its own site, Flixster, leading to technical difficulties for anyone whose computer or TV wasn’t compatible with Flixster.

Right now, many of the top comments on the movie’s Kickstarter page are from disgruntled customers who paid $35 or more to watch a movie that either took hours to download, or didn’t work at all.

Veronica Mars creator Rob Thomas quickly responded with an apology, but pointed out that they’d always made it clear that Flixster was the only option. Backers who ended up buying the movie from a non-Flixster service like iTunes or Amazon will now have to contact Warner Bros. customer support team themselves, and ask for a refund—not ideal for people who invested in the Kickstarter with an expectation of getting first dibs on the movie.

And as BoingBoing already pointed out, Warner Bros. keeping everything on Flixster isn’t making much difference to online piracy, with thousands of people already downloading the movie from the Pirate Bay. When will movie studios learn that the best way to combat piracy is to make movies as available as possible online, rather than the other way around?

Fans seem happy with the movie itself, but the Flixter issue feels a lot like another unnecessary kick in the teeth from the studio that cancelled Veronica Mars in the first place.