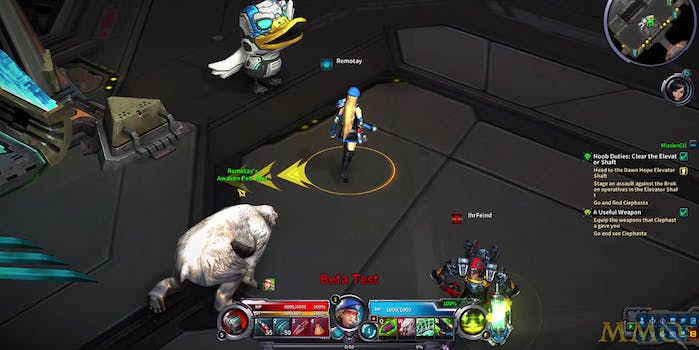 Valve has removed all Insel Games titles from its gaming platform Steam after information surfaced revealing a company-wide plot to plant fake, positive user reviews for its games.

“It has been recently reported on Reddit that the publisher for this game, Insel Games Ltd., have been attempting to manipulate the user review score for their titles on Steam,” a representative for Valve wrote in a message posted to Insel’s Wild Buster storefront page, “We have investigated these claims, and have identified unacceptable behavior involving multiple Steam accounts controlled by the publisher of this game. This is a clear violation of our review policy and something we take very seriously.”

Valve moved to cut all ties with the game developer but noted that if any users previously purchased any of Insel’s titles, they would remain available for play on the platform.

The investigation into the company’s review scores was initiated after Reddit user nuttinbutruth posted an alleged leaked email that revealed the company’s CEO pressured employees to purchase its games and leave positive reviews.

“Sadly Wild Busters revenue has so far not met expectations… One of the major issues: the fact that we do not have a review score,” the CEO’s email read, “Of course I cannot force you to write a review (let alone tell you what to write)- but I should not have to. Neglecting the importance of reviews will ultimately cost jobs. If WB fails, Insel fails. IME fails and then we all will have no job next year.  So I am asking you either of do the following: buy the game and present me the receipt…”

The CEO said he wanted a private meeting and explanation from employees who refused to comply with his demands.

Nevertheless, Insel Games issued a statement downplaying the transgression when its titles were removed:

“At the day of EA launch in December an email was sent to everyone in the company telling staff (about 20 people including freelancers) how important reviews are in the Steam ecosystem and that a failure of Wild Buster would mean the company was in jeopardy. It was meant to rally people’s support, including advertising the game to their family and friends, in the hope to simply get more reviews.

It was never intended to threaten anyone but just state the importance of reviews for the whole company. No staff has received penalties for not buying the game or writing a review. There also never were texts or instructions provided how to write the review. We sincerely apologize for the misleading wording in the email and the practice in general.

We, the complete team behind Insel Games, will keep working on improving Guardians of Ember and Wild Buster which are still available through other channels. We hope to regain the trust of players through our future actions and are further in discussion with Steam about this incident.

Until then current Steam owners or those in possession of a Steam key can continue to play normally.

Though there is still work to do to boost user review transparency, with this move Steam proves it’s willing to go the extra mile to ensure its user reviews are not being manipulated by developers.