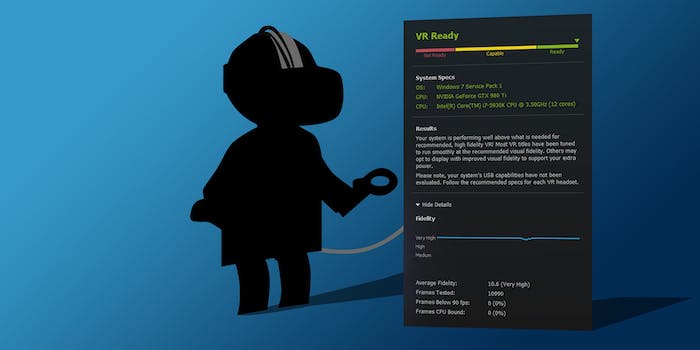 Time to see whether your PC is ready for the Vive virtual reality rig.

You can preorder the HTC Vive virtual reality rig in six days. Whether or not you should bother depends on whether your PC can handle the gear.

Valve Software on Monday released a free Steam program that will test whether or not your computer is capable of running the Vive. The Vive hardware is manufactured by HTC. The hardware runs on an operating system called SteamVR, that was developed by Valve.

The SteamVR Performance Test will not only tell you if your PC is ready to run VR software, but also at what level of quality. Even if your computer can technically run some VR programs, your computer might not be able to run them at high enough resolution or refresh rates to avoid user nausea, the mother of all VR issues. 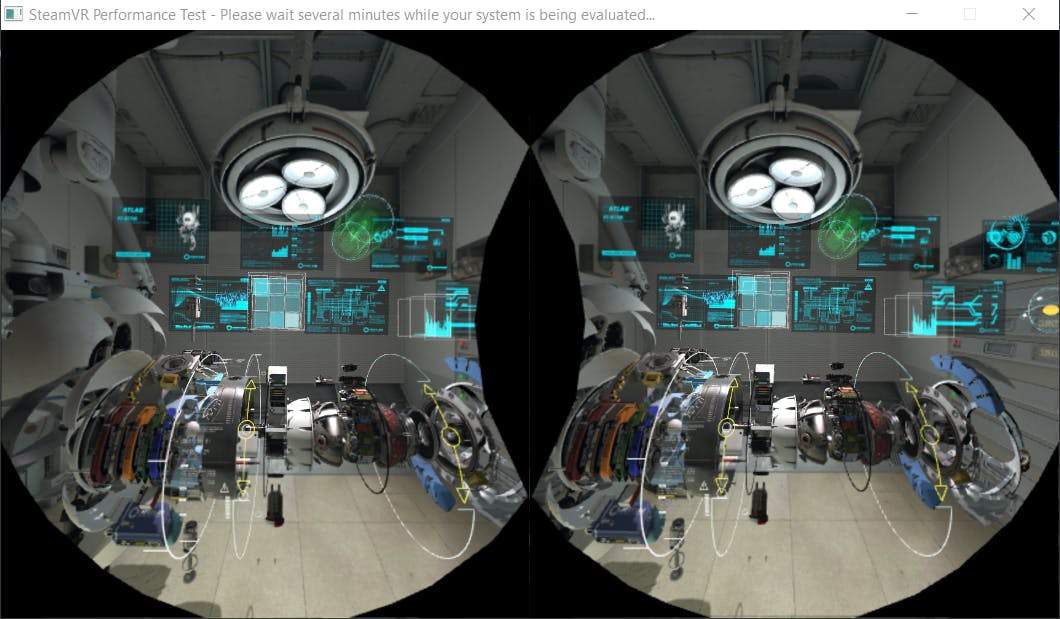 The test functions by replicating a small portion of the Portal virtual reality demo that Valve showed for the first time at the 2015 Game Developers Conference.

It’s a good idea to shut down as many other programs as possible before running the test, to make sure your PC is throwing as many resources at it as possible. Having a YouTube video playing in another window, for example, could alter the results of the test.

HTC has recommended either the NVIDIA GeForce GTX 970 or the AMD Radeon R9 290 graphics cards as the minimum GPU for the Vive. That is the same recommendation made by Oculus for its hardware.

If you doubted that you really needed that powerful a graphics card, and thought that maybe you could get away without upgrading, the SteamVR Performance Test will set you straight. 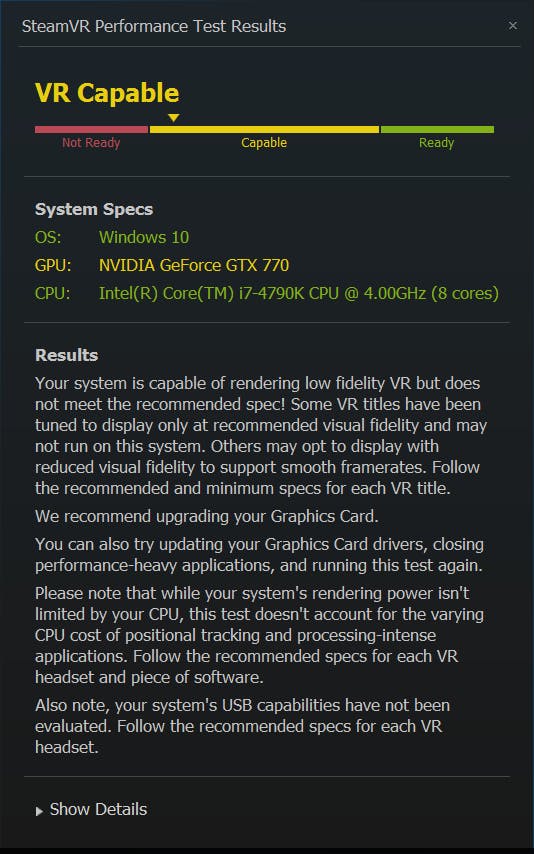 Looks like we’ll need to do some upgrading, ourselves.