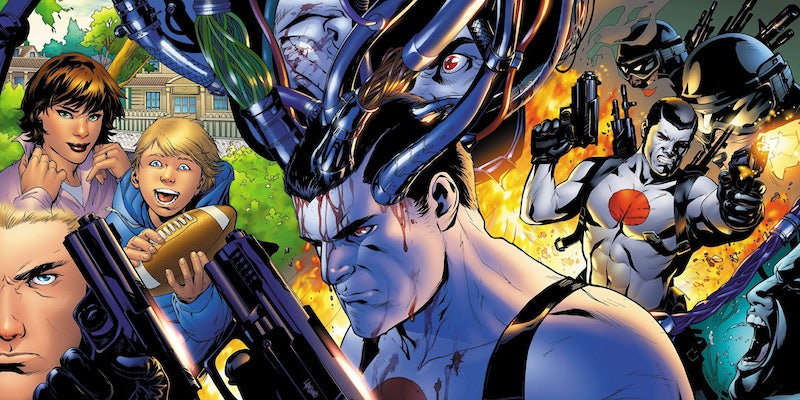 Prepare yourself for a Valiant comics movie franchise

There's already a Vin Diesel supersoldier movie in the works.

Valiant is one of the top U.S. comics publishers after Marvel and DC, publishing a number of titles under the Valiant Universe banner. Ninjak, Harbinger and X-O Manowar are among the best-known titles, with the plus-size female superhero Faith as a recent hit. There are already a couple of Valiant adaptations in the works, with Vin Diesel tapped to star in a Bloodshot movie at Sony—yet another riff on the supersoldier genre.

Meanwhile, DMG Entertainment is one of those companies that you probably haven’t heard of, but there’s a decent chance you know some of its work. DMG was involved in the making of Looper, Iron Man 3, and the 2017 historical drama Chappaquiddick.

Speaking to the Hollywood Reporter, DMG CEO Dan Mintz said there were no plans to expand or radically change Valiant’s ongoing comics, but he does want to expand “from a motion picture standpoint.” This is no huge surprise because, despite the crowded market for superhero adaptations, studios are still eager for more.

Along with Bloodshot, Sony is also adapting the superhero series Harbinger. The Russo Brothers’ production company is developing the comedic superhero comic Quantum and Woody for TV, while the CW has its eye on Dr. Mirage, a 1990s comic about a married couple who, you guessed it, have superpowers. With DMG getting proactive about more Valiant adaptations, we should expect an announcement about a DC/Marvel-style shared universe sometime soon.