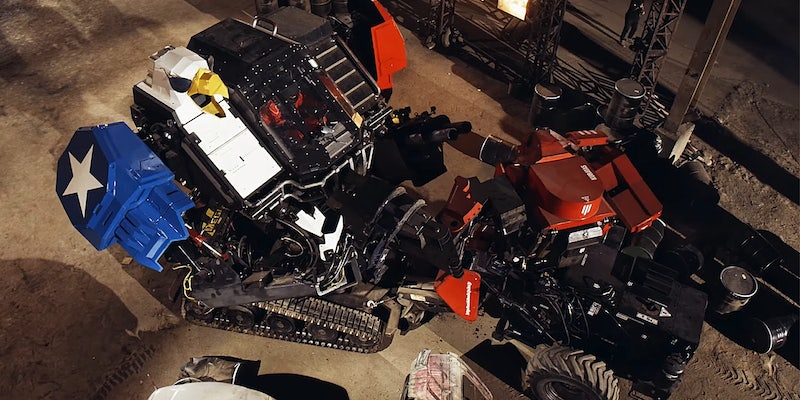 It was a nail-biter until the end.

The U.S. and Japan duked it out Tuesday night in the ultimate (and historic) giant robot fight of our lives, and while the Japanese company Suidobashi Heavy Industries was the first to build a giant robot, it was the U.S.-based MegaBots, Inc., that ultimately claimed victory.

The fight between MegaBots and Suidobashi was filmed several weeks ago in Japan and occurred over three rounds. MegaBots and Suidobashi operated their respective robots from the inside while Mike Goldberg and Saura Naderi offered running commentary. It was a battle more than two years in the making, and boy did it deliver—albeit in a different way than we expected.

Given the size and capabilities of the robots, this was never going to look like the robot fights we’ve seen in the movies. That doesn’t take away the fact that there’s still something incredibly exciting about watching one robot knock another down as if it were as light as a cardboard box. The first battle, between MegaBots’ Iron Glory and Sudiobashi’s KURATAS, wasn’t even close. But then MegaBots brought out the guns in the form of Eagle Prime, a bigger and more intimidating robot that practically shouted “U.S.A!, U.S.A.!” with its red and blue coloring and an eagle head perched on its shoulder.

With more power—and a chainsaw—Eagle Prime was eventually able to put an end to KURATAS, but not before the robots caused enough damage to the arena that even the commentators and crew members had to quickly move out of the way to escape the wreckage.

Motivated by the victory, MegaBots co-founder Gui Cavalcanti expressed interest in making the sport of giant robot fights catch on.

If you missed all of the action last night, you can watch the entire match on YouTube.