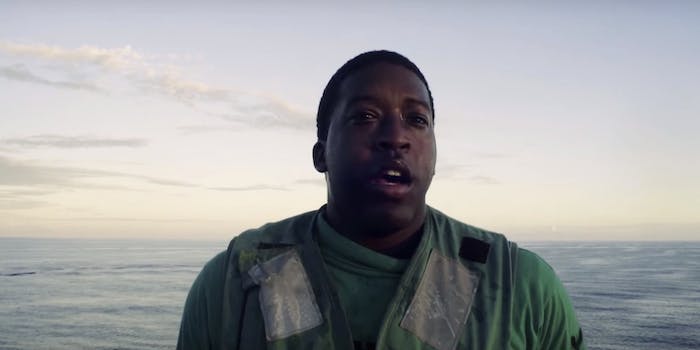 It’s going to be hard for creative Star Wars fans to top this trailer straight from the geeky minds of the U.S. Navy.

The crew aboard the USS Dwight D. Eisenhower had enough downtime to create a shot-for-shot remake of the first Force Awakens teaser trailer. They may be without TIE fighters, X-wing starfighters, and BB-8, but they were able to sub in some of the machines on the aircraft carrier (and a few special effects along the way) to create those scenes, and it’s out of this world.

May the Navy be with you.