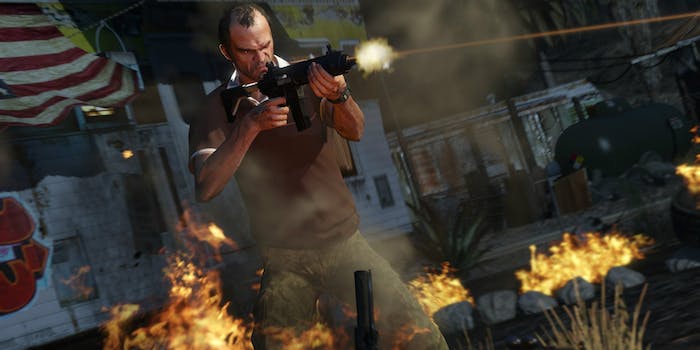 A letter to parents equates exposure to violent video games with child neglect.

A group of school principals in the U.K. have taken it upon themselves to inform parents that their schools will call the cops on parents whose children have access to video games rated for adults.

A letter sent from Nantwich Education Partnership, an organization of primary and secondary schools in Cheshire, England, says that if parents allow their children “inappropriate access to any game or associated product that is rated 18+,” the school system will contact Police and Children’s Social Care. This would be the equivalent of calling social services in the United States on a parent who is neglecting their children.

The letter was reprinted in full by the Daily Mail. The letter references Call of Duty and Grand Theft Auto, specifically, but is not limited to concerns about children having access to video games. “Nor should they have Facebook accounts or interact on sites or media or messaging sites like WhatsApp that are not designed for their age,” reads the letter.

According to the letter this action was taken after teachers heard students describing violence and sexual content in games that the students had either played themselves, or watched being played. It isn’t just children playing the games that the Nantwich Education Partnership has taken umbrage with. The headteachers don’t want the children under their tutelage to watch anyone playing these games, either.

“Access to these games OR to some social media sites such as those above increases early sexualised behaviors (sometimes harmful) in children AND leaves them vulnerable to grooming for sexual exploitation or extreme violence,” reads the letter. There is, of course, no solid evidence to back any of these claims.

The Guardian reports that the school principal that drafted the letter, Mary Hennessy Jones, says the initiative is about keeping children safe, and giving guidelines to parents. Critics argue that threatening legal action against parents is not very helpful, at all.

“Lots of adults think coercion is the key, and we absolutely don’t agree with that,” Elaine Halligan, director of Parent Practice in London, told the Guardian. “We think it’s all about communication, connection and trust. What this warning does is break down trust, not only between parent and child, but also parent and teacher.”