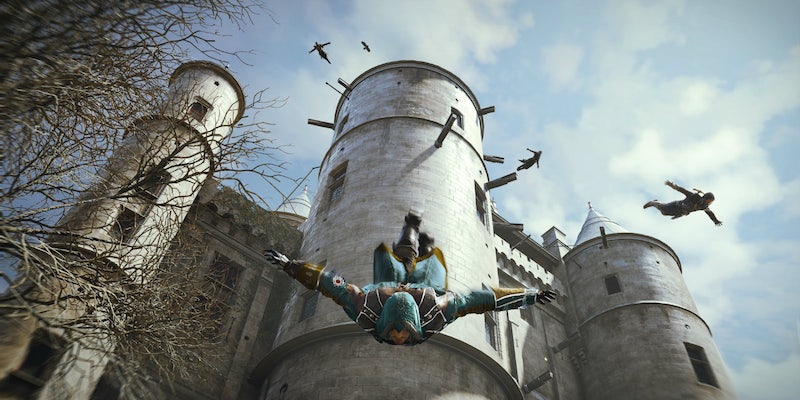 The CEO revealed his support for VR during an earnings call on Tuesday.

French game publisher Ubisoft has enough confidence about the potential for virtual reality gaming that it’s working on several VR games to be released in 2016.

CEO Yves Guillemot made the disclosure during a Q&A session after an earnings call on Tuesday, according to Ars Technica.

“We believe a lot in virtual reality because we see that it is really giving a chance for gamers to be more immersed in worlds,” Guillemot said, “and we are developing a certain number of games that are going to take advantage of these new possibilities.”

The potential for mainstream virtual reality gaming is at best undefined. It remains to be seen how many PC gamers willing to spend hundreds of dollars on the Oculus Rift or Steam VR systems. The only VR platform that feels aimed at a more mainstream audience right now is Sony’s Project Morpheus, but game options and a price point have yet to be announced. That, again, makes it difficult to theorize as to how many people will actually try VR gaming.

As long as virtual-reality gaming has potential, there are a few Ubisoft franchises that might map well onto VR tech. Assassin’s Creed is the obvious choice: The core of each game is itself a virtual-reality simulation of historical times and places. ZombiU for Nintendo’s Wii U system is a first-person perspective game that’s already unnerving.

The Trials Evolution motocross games might also be fun from a first-person perspective behind the handlebars, and the situational awareness required by the Rainbow Six series of tactical military shooters could map onto a VR platform, as well.

“We are very bullish about the potential,” Guillemot said according to Ars Technica. “We think it is going to bring more players to the universe of video games, and we are going to come with our brands. We will have a few titles in the first year and we will have regular games coming following that.”