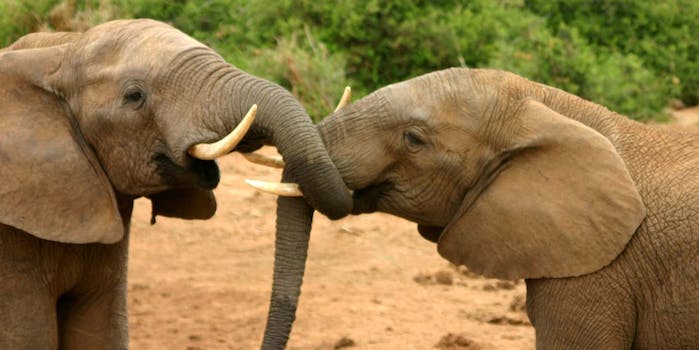 Gaze upon a weird, wonderful array of animal genitalia as scientists have a #JunkOff

That porpoise dong will haunt your dreams.

This article contains material that could be considered NSFW.

It’s time to celebrate mother nature in the most beautiful way possible: by looking at grotesque photos of animal dingalings.

This week, the scientists of Twitter have been competing in an unofficial #JunkOff contest, tweeting photos of weird and wonderful animal genitalia. Scroll down at your peril.

Let’s start off small, with a slimy whelk dong.

This #JunkOff needs more inverts like this gorgeous #whelk proudly showing off what he got! ;) pic.twitter.com/PwSLP6dhXW

This crocodile cloaca looks like something from the movie Alien.

Meanwhile this python’s double-headed pork sword appears to be able to duel itself.

This monkey’s eyes seem to be staring straight into your soul, which does precisely nothing to disguise what else is going on in this photo.

This #junkoff is sorely lacking in female genitalia. Here is some female mangabey junk to help fix that. pic.twitter.com/6vg1GBiYtP

Finally, these lemur balls have to be seen to be believed.

Well done, Science Twitter. You have amused (and horrified) us once again.

Photo via charlesjsharp/Wikimedia (CC BY 3.0)