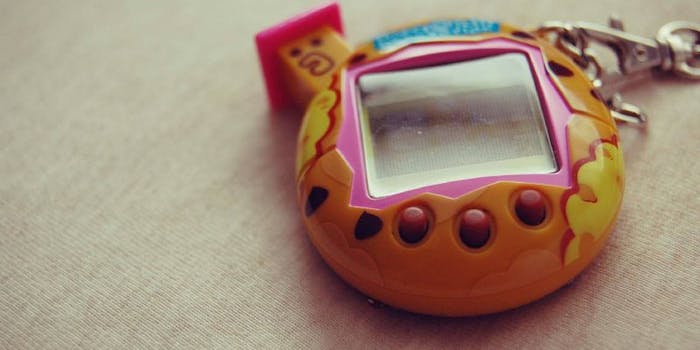 Having beaten Pokemon, Twitch users are now trying to keep a Tamagotchi alive

We wonder how long their first pet will last.

We’ve seen Twitch play games ranging from Pokémon to Halo. When thousands of people are trying to play a single game, it goes about well as you’d expect. Surprisingly, Twitch was able to beat both Pokémon and Halo. Now its users are trying something even more difficult.

A new Twitch channel has popped up that allows users to play Tamagotchi, the Japanese electronic toy pet that was all the rage in the late 1990s.

It’s an interesting contraption. It reads the inputs that the Twitch chat room votes to use, and then a mechanical arm presses one of three buttons. Considering that Tamagotchi are notoriously difficult to keep alive, we wouldn’t be surprised if Twitch’s new pet dies repeatedly.