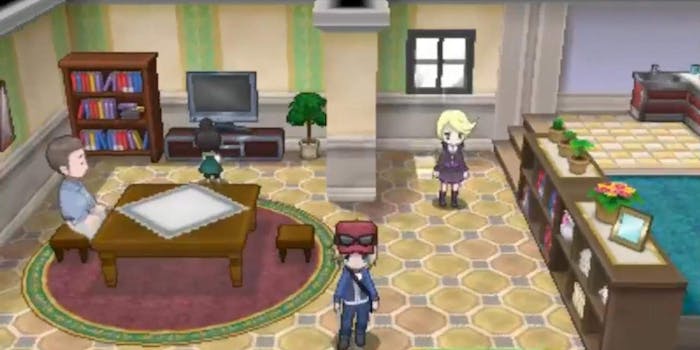 ‘Twitch Plays Pokemon’ is returning to take on the 3DS

The Internet had better get ready.

To the joy of some, and to the bane of many others, Twitch Plays Pokemon is back. This time the Twitch stream will be running through 2013’s Pokemon X/Y.

Twitch Plays Pokemon, known affectionately as TPP, is exactly what it sounds like. It’s the entire Twitch community playing a single game of Pokemon. An emulator running a game of Pokemon scans through posts in the comments section. When someone posts “right,” the character on screen will turn right.

TPP took the internet by storm earlier this year when they were running through Pokemon Red. With viewers in the millions, so many people were entering commands that the on-screen character was often in a schizophrenic cyclone of menus and hitting walls. At one point, it seemed impossible for the hive mind to ever finish the game. Eventually they did, however, and TPP moved onto the next Pokemon game, which saw its view and user count drop dramatically, but productivity skyrocketed.

In between bouts of main series games, the TPP channel usually has players playing through matches of Pokemon Stadium for the Nintendo 64. It took a while to move to the 3DS iterations of the game because there still wasn’t a proper computer emulation method. Reddit user dekuNukem devised a system to connect a 3DS to a computer, and have computer inputs influence the game. According to dekuNukem, in an interview with Destructoid, now that the game is being played on an actual 3DS, players can access the internet and play and trade with people across the globe. Hopefully mayhem will ensue.