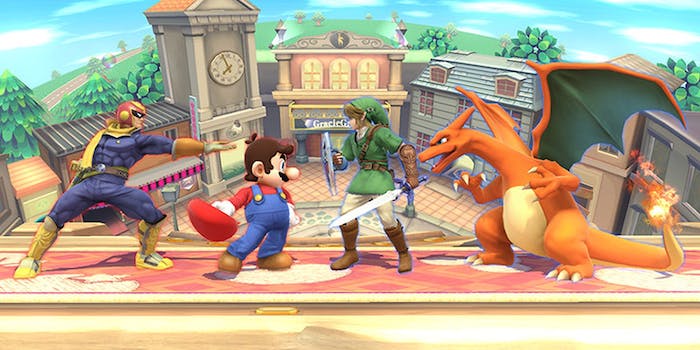 Fear not, Twitch Plays Pokemon purists—this is just a tide-me-over.

Twitch Plays Pokémon, easily the most famous Twitch gaming stream of all time is back, but it’s now moving beyond the Pokémon titles andtackling Super Smash Bros for 3DS.

For those of you who don’t know what Twitch Plays Pokémon is, the title says it all. It’s a live stream of a game—until now, always one from the Pokémon series—running on a computer emulator, but connected to the stream’s chat room in such a way that viewers’ chat messages get processed as button presses in the game. The fact that the community is playing the game (and watching the results) together made the experience immensely popular when it first debuted with Pokémon Red. The stream’s anonymous creator took it from Red to Gold, Ruby, and even X and Y. At first, there were so many people entering in commands that it seemed that Pokémon Red would never be completed. Somehow, the rowdy chat room beat the game—as well as several others.

As the initial charm of Twitch Plays Pokémon waned and fewer people contributed, the hivemind became more efficient at completing subsequent Pokémon games. The stream will be tackling Pokémon Omega Ruby and Alpha Sapphire when they release, but until then, its users are keeping occupied with Smash.

As one might expect, the chat room’s torrent of confused commands has led them to lose tremendous number of matches in Smash, but, like monkeys writing Shakespeare, the community has also emerged victorious in a few matches or two here and there.